Cruising the Andes to the Atacama Pt.6

If our wildlife expectations had been met so far in the tour, they were about to enter another dimension of superlative. Dawn was still breaking, on our first day since Coquimbo, when I made it out on deck. It was immediately obvious that things were afoot. There had clearly been a significant attraction of seabirds to the ship overnight. I quickly rescued a couple of stranded Buller’s Shearwaters and put them over the side. I kept coming across early rising passengers with bloodied hands, who had done something similar, but hadn’t reckoned with the powerful ripping hooked tips to their bills. Lesson 1: Don’t mess with an indignant tubenose! 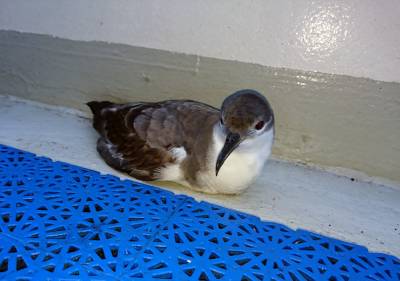 By chance I met up with Russ who was engaging in a similar search and rescue mission. I began to systematically search the ship. On deck 10 a small shape poked out from behind a screen, it was a storm-petrel. I quickly extracted what turned out to be a White-bellied Storm-petrel, a new species for me. I searched out the other birders on the ship and showed them this fabulous little seabird before we secured a few quick images and released it overboard. This species, according to the literature, is unknown near the Chilean mainland. More new knowledge added. 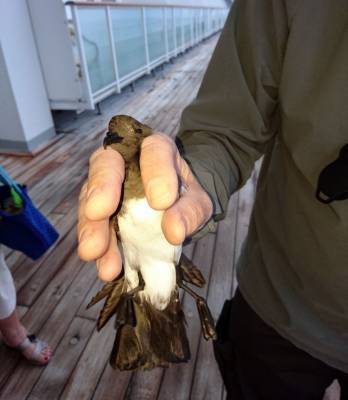 For much of the rest of the day Russ and I were alerted to stranded birds by the passengers, including some on upper deck balconies and duly set off to liberate them. Some had managed to tuck themselves into the most difficult crevices and virtually all of the birds we rescued turned out to be moulting Buller’s Shearwaters, over 35 in total. The only other exception was another tiny stormie discovered on a deck 9 balcony. I thoroughly expected it to be a Wilson’s Storm-petrel, but it was yet another new species for me in the shape of Elliot’s (White-vented) Storm-petrel. This teeny-tiny seabird had small inconspicuous yellow patches on the webbing of its toes and a clear white vent patch. Once again the on-board birders were shown the bird before it was quickly released unharmed back into the arms of the Pacific Ocean. Other stowaways included several Sphynx Moths, a locust species and a demised Mexican Free-tailed Bat. 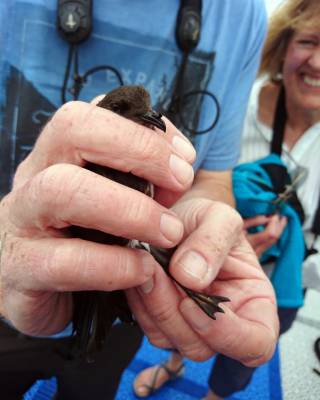 If this alone had been the sum total of the day’s events it would have been memorable, but more, much more, was to come as the hours unfolded. In the early morning, both Masked and Brown Boobys played across the bow of the Boudicca a few times.

New seabirds for the trip included Kermadec Petrel and Red-billed Tropicbird, Whilst Ringed and Markham’s Storm Petrels became increasingly frequent. We also saw several Storm-petrels that appeared in every respect identical to Leach’s Storm Petrel. It’s not supposed to get further south than Northern Peru. That made the 6th species of Storm-petrel in the day; remarkable by any standards. 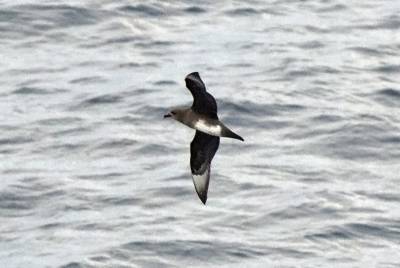 Cetaceans were sporadic in their appearances, but the variety was tremendous and fascinating. A couple of large pods of Short-beaked Common Dolphin, were backed up three pods of Pilot Whales, all appeared to be Long-finned Pilot Whales and all were accompanied by pods of ‘offshore type’ Bottlenose Dolphins, thankfully one of them came in to ride the bow giving a chance to photograph it. Frustratingly one of the pods had a small species of ‘Blackfish’ with them but we couldn’t be certain of the species, the fleeting glimpses of them leaping at distance suggested Melon-headed Whale (Electra Dolphin) was the most likely. Two beaked whales proved equally unfathomable from the limited views. Thankfully at least 2 Fin Whales proved less problematic. The flapping fins of 3 Ocean Sunfish also caught our eye, along with a Hammerhead Shark. 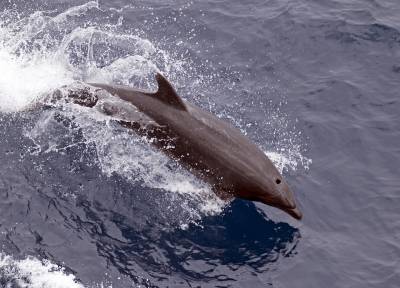 During the day we had begun seeing the occasional distant Swallow-tailed Gull. These birds would come to feed around the ship at night, but despite my best efforts all photographic attempts were fruitless.

Day 2 at sea and another early sweep of the decks produced a single Pink-footed Shearwater stranded on a balcony. Apparently, the crew had already put a number of other seabirds over the side. 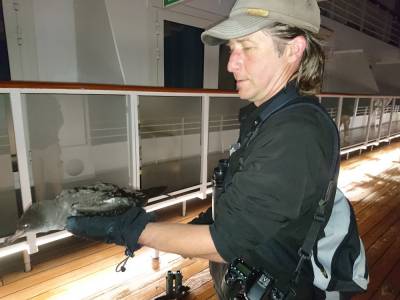 We spent much of the day over very deep water and the variety and numbers of species appreciably lower than the previous day, we did however add Spinner Dolphin and Risso’s Dolphin to my personal trip list, though Anno, Emma and Russ had managed to see a pod of the latter during one of my lectures earlier in the trip. This was a running joke of the trip, every time I went to give a talk something unusual and exciting would be seen.

More Hammerhead Shark’s today including one I photographed that appears to be Smooth Hammerhead. We also had a Blue Shark and several leaping Blue Marlin (again quite a long way south of their typical range).

The day was dominated by Storm-petrels. There was rarely a moment when one was not in view, the majority were Ringed (Hornby’s) Storm-petrel but the big surprise was a White-faced Storm-petrel bouncing away in typical fashion. Yet another species that isn’t mapped for Chilean waters; a recurring theme of our discoveries. 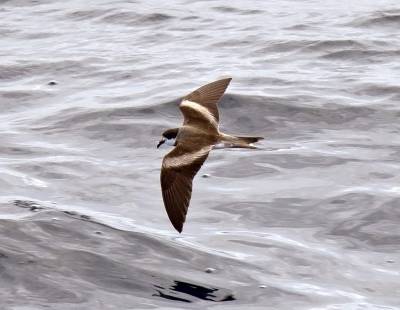 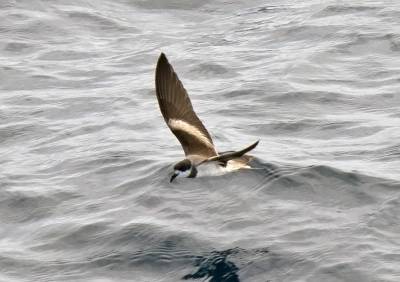