Cruising the Andes to the Atacama Pt.5

We awoke early to take advantage of the half day at sea before arriving at Coquimbo, particularly as I also had to squeeze in my 4th lecture at 11.00am. A quick pre-breakfast loop of the decks revealed the presence of a couple of landbirds. They rarely settled, probably due to regular disturbance by the maintenance crews and passengers. One proved to be a Seaside Cinclodes, but the other was something much more unexpected, a Fork-tailed Flycatcher, a species with only a handful of records for Chile. I managed a passable in-flight record shot; useful if verification is required. 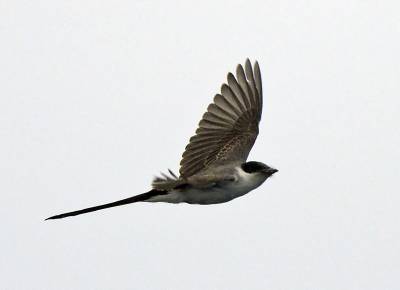 It was a distinctly hazy morning and at one moment a distant apparition appeared on the port side, pale head and long dark wings, a couple of quick record shots to prove I wasn’t hallucinating and it was gone. My first ever Waved Albatross!

Buller’s Shearwaters were noticeably commoner, and the majority were in heavy moult. We appeared to have lost the Stejnegers Petrels, so common further south, and Giant Petrels had thinned out considerably. On the other hand, Salvin’s Albatrosses were by the now the commonest albatross. 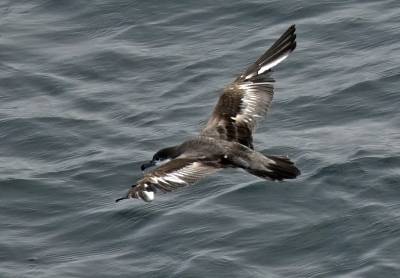 We had 200+ Short-beaked Common Dolphin during the morning but strangely, even though some were reasonably close to the ship, none came in to bow ride. This remained a feature of our northward progression.

Shortly after midday we docked at Coquimbo. It is situated at the southern boundary of the Atacama Desert. The city was shaken by an earthquake on 18th Sept 2015 and the Tsunami that followed devastated the coastline. A lot of damage was still evident as we headed for a small wetland area, along the Av. Costanera a couple of miles from the ship. To get there we had to pass a fish market where the stench of rotting fish was so thick in the air you needed a machete to cut through it. The local Black-crowned Night Herons didn't seem to mind and had gathered to take advantage of the scraps. We also passed a haul out for the ‘Sea Wolves’ AKA Sea lions. A huge male was in situ, but I couldn’t bring myself to photograph him lying in among the fish offal and plastic bags. 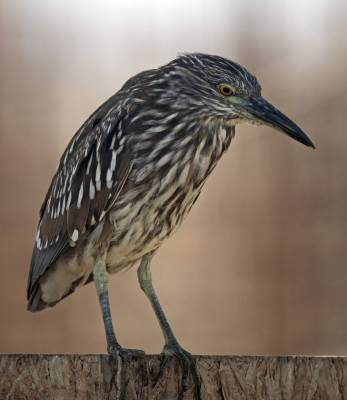 Austral Negrito’s were common on the beach along the way, so I tried my hand at securing some decent images, though the heat haze was intense, and this necessitated a very close approach to get any kind of worthwhile result. 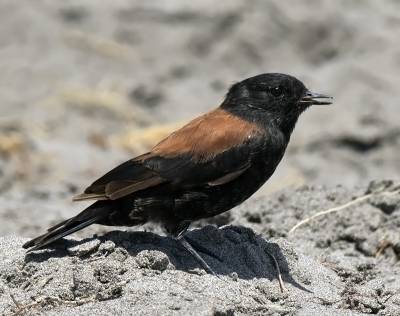 The tiny pocket wetland and its outlet to the sea were astonishingly productive, even in the heat of the day which by now was running north of 30oC. All three of Chile’s lowland coots were in situ, as were Snowy, Great and Cattle Egret. Dozens of Neotropic Cormorants had also gathered to harvest the abundant mullet. The waders on the marshy areas were largely inaccessible, though Lesser and Greater Yellowlegs were clearly on view. 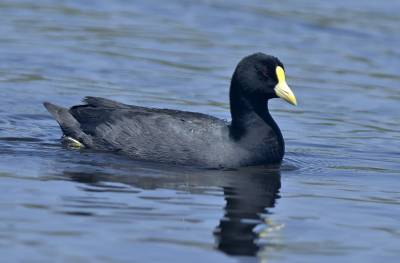 The Coots of Coquimbo - White-winged Coot (above),
Red-gartered Coot (below), Red-fronted Coot (right). 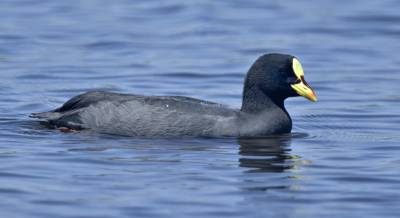 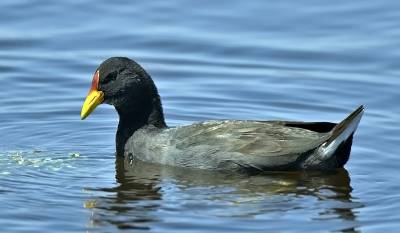 The beach area was full of birds. I attempted to photograph a Hudsonian Whimbrel at very close range whilst lying on my stomach. This was a big mistake for two reasons. Firstly, the heat shimmer was so extreme that the air just above the sand almost boiled and secondly, I managed to get the fine sand into the focus wheel of my binoculars. I ended up having to stand to secure any kind of image. 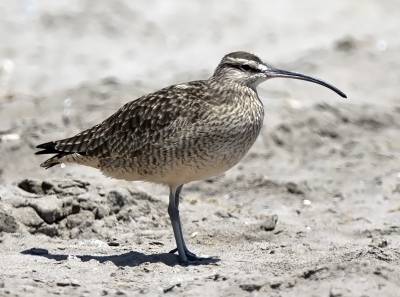 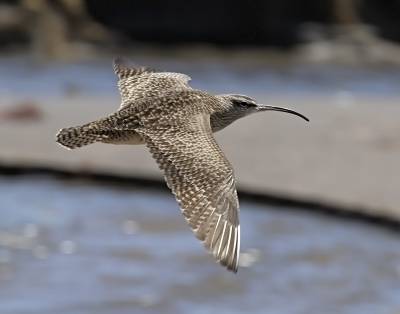 A short distance away the local Kelp Gulls had been joined by Franklins Gulls and a small flock of Elegant Terns, complete with their extra-long, slender-carrot bills. I stalked my way closer to secure some half-decent images. We left the Collared Plovers to their own devices to avoid disturbance. 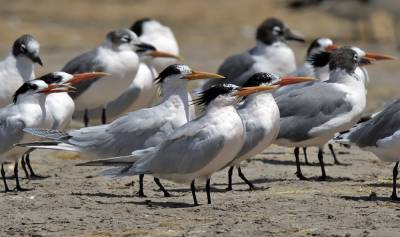 The single non-breeding plumaged Grey Gull on the beach looked a little scruffy but proved remarkably tame. I doubt the heat was bothering it as this species breeds out in the Atacama Desert. 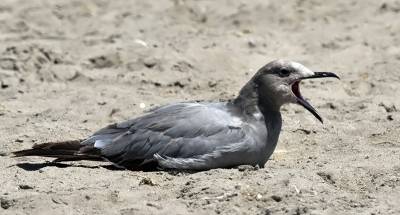 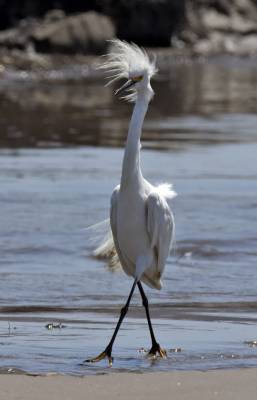 We then searched the scrubby areas of the wetland finding a pair of Burrowing Owls, our first Pacific Dove and a few Rufous-collared Sparrows. We were hot, sweaty and thirsty and about to leave, when I noticed a pair of conveniently close Southern Lapwings. The light was all wrong so I had to work my way into position but I think the results were worth the effort. 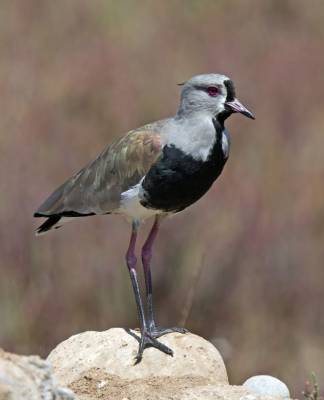 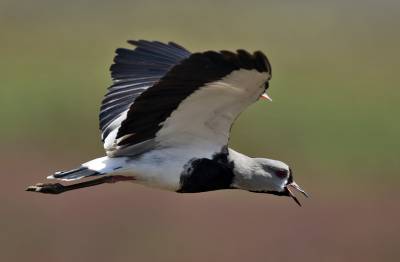 By 4.00pm we were cooked and headed back to the ship for cool drinks and then contented ourselves with watching the Peruvian Booby’s, Inca Terns and Peruvian Pelicans from the deck of the ship until sunset, cool beer in hand. 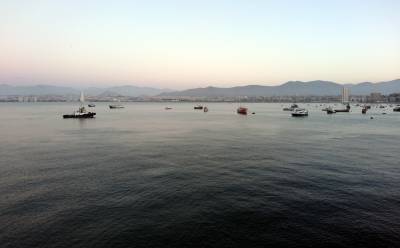