Cruising the Andes to the Atacama Pt.2 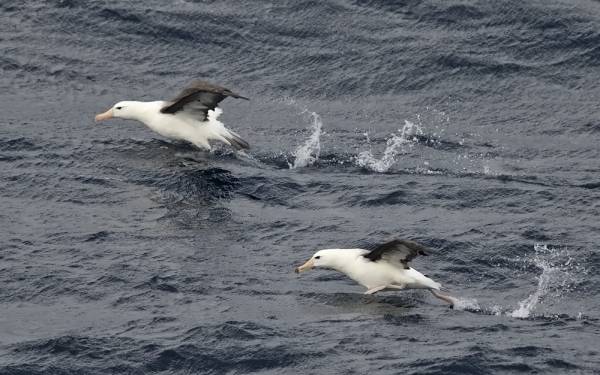 By early morning Boudicca was anchored off Puerto Chacabuco and shortly after breakfast we were tendered ashore. At the port gates the four of us hired a taxi to take us out to a few birding spots. A brief roadside stop, at what I suspect was meant to be a retail opportunity for one of the taxi drivers relatives, provided instead a photo opportunity for Austral Thrush and Fire-eyed Diucon.

Pretty soon we arrived at the Visitor Centre of the Rio Simpson National Nature Reserve. The dense forest made photography difficult but soon a movement in the scrub captured our attention. It took a while to get the bird in full view, but it was definitely worth the effort, as a Chucao Tapaculo eventually showed too close to photograph. A stunningly lovely bird, even in partial moult, that had the endearing habit of flirting it's wings horizontally. A close view of the head also revealed it's curiously shaped eyes! 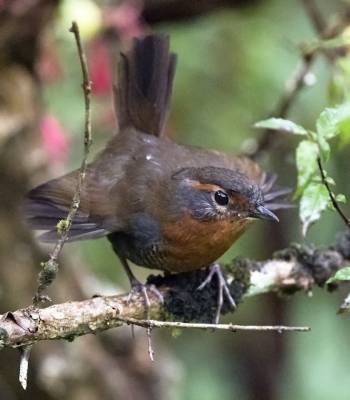 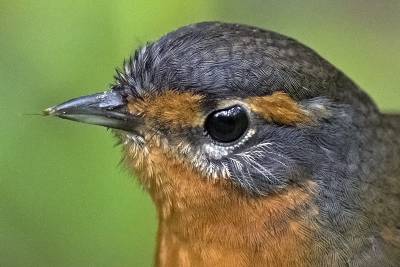 Species variety wasn’t astounding but we gradually found and photographed a number of species including the delightful Thorn-tailed Rayadito. These birds responded with curiosity to some judicious pishing and their behaviour was strongly reminiscent of Long-tailed Tit. After a lot of effort I also managed a half-decent record shot of a Green-backed Firecrown hummingbird, sheltering from the light rain that was now falling. A couple of Ringed Kingfishers and a Blue & White Swallow were less accommodating. 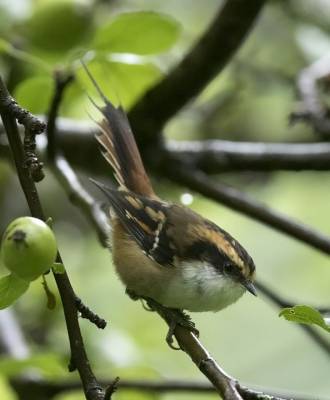 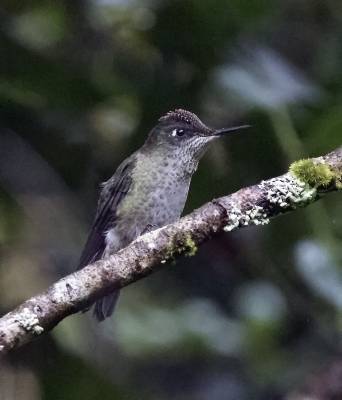 Eventually we returned to the port area where we spent a couple of productive hours with some of the commoner birds including the lively White-crested Elaenia, Rufous-collared Sparrow (actually a bunting), Austral Thrush, including a sparkling juvenile, Chimango Caracara, Dark Bellied Cinclodes and Rufous tailed Plantcutter. We also photographed a Sierra-Finch that appears to be the less expected Grey-hooded Sierra-finch. 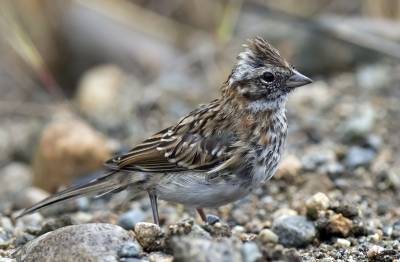 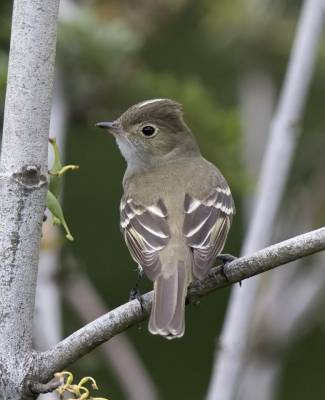 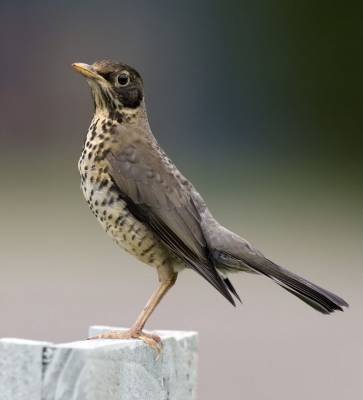 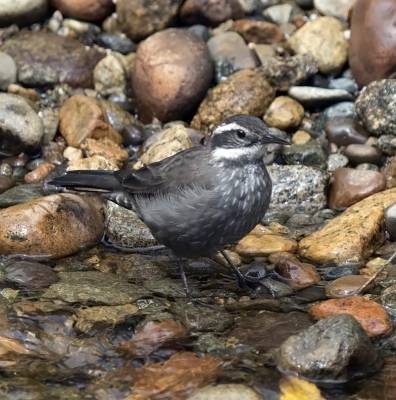 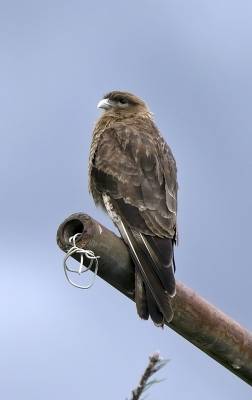 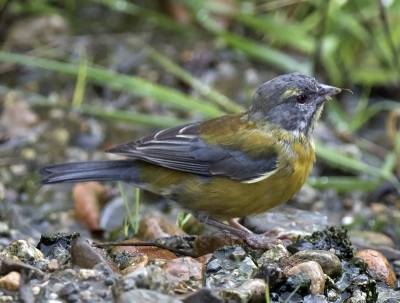 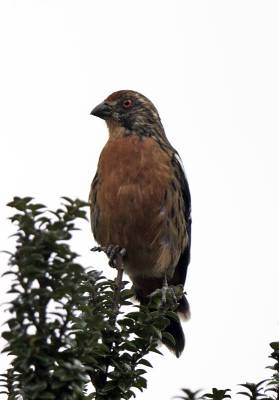 By 5.00pm we were once again cruising along and pretty soon added our first Red-legged Cormorant and Westland Petrels of the trip. The wind picked up significantly and we were forced inside to the observation lounge overlooking the bow as streams of Sooty Shearwaters careened by.

We continued north overnight and we were not sure whereabouts we would be at dawn. On awakening we were delighted to discover that we were still only part way up the Golfo de Corcovado, that separates Chiloe Island from the mainland. A rapid breakfast and we were soon out on deck. Our excitement was palpable as we scanned for one of the world’s smallest, newest and most localised of seabirds. We didn’t have to wait long as we were soon surrounded by Pincoya Storm-petrels. Unfortunately, the rain and strong winds kept us off the front of deck 7 and we secured only the worst of record shots from the port side of the deck. This small part of the Chilean coastline is the only known site for this enigmatic tiny tubenose. 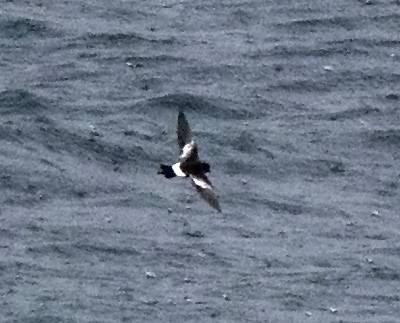 Whilst scanning a dolphin leapt through my eyeline. We quickly focused on the area and soon located a small pod of Peale's Dolphin porpoising through the choppy seas. We were pretty much in the last chance saloon for this dolphin species, so this was lucky break. 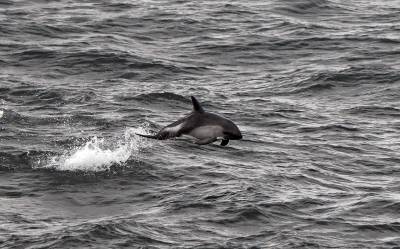 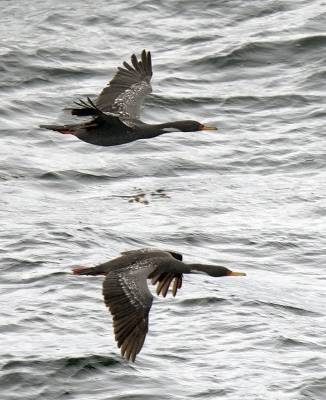 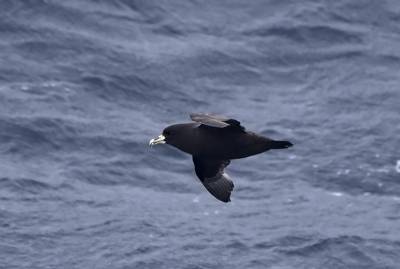 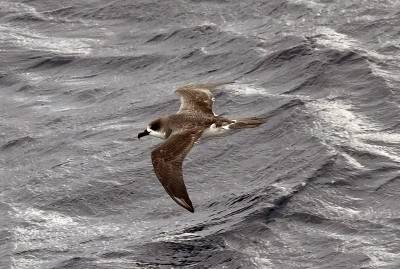 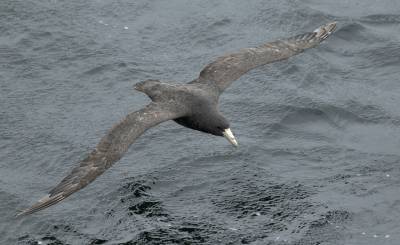 Once through the Canal de Chacao, the narrows between the north coast of Chiloe Island and the mainland, bird numbers and diversity seemed to explode. South American Terns were everywhere, Peruvian Pelicans put in their first appearance, whilst Stejnegers and Juan Fernandez Petrels appeared in large numbers. A Sub-Antarctic Little Shearwater passed close enough to get a fair record shot and four species of albatross, Snowy Wandering, Northern Royal, Black-browed and Salvin’s all cruised alongside. The latter two in good numbers. Perhaps the most abundant species after Sooty Shearwater was Wilson’s Storm-petrel which took over from the Pincoya soon after the narrowest point had been passed. 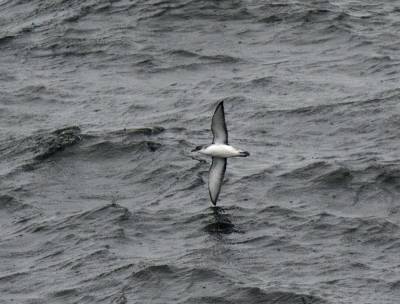 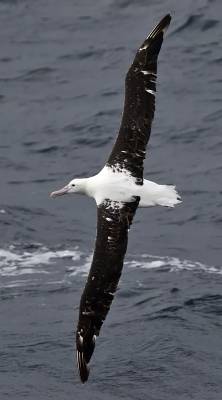 Twenty miles out into the Pacific we cruised over a deep trench. A series of huge blows had us all on high alert. Emma’s sharp eyes picked up the roll of one of the distant whales. It was a Blue Whale! It seemed an age before I finally got a good, if distant view, of anything other than the blow, as one of the leviathans finally hauled itself up before sounding. That mottled blue skin and nub of a dorsal fin confirmed its identity. We know from modern research that this population of Blue’s is somewhat unique and they are currently classed as an unassigned subspecies of Pygmy Blue Whale. We were privileged to have seen five of them. The monumental highlight of an epic few hours!