Posted by Jeff Clarke on Tuesday, 06 October 2020 in My Blog 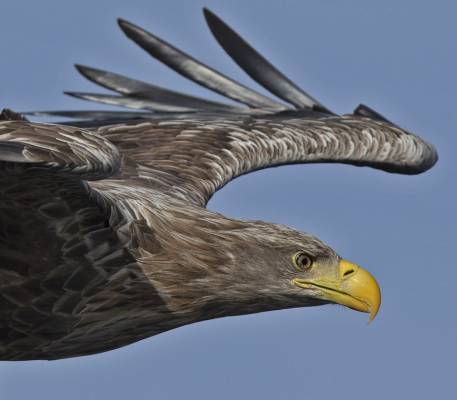 All the images in this blog were taken during the trip. Click on an image to display at full size.

After a frantic ecology survey season, combined with the stresses of Covid-19, I was more than ready for a short break and a chance for some wildlife photography. We decided that the West Coast of Scotland would be the destination, and in particular, the dominion of the Eagle, the Isle of Mull, followed by the wild landscapes of the north-west coast around Gairloch, Wester Ross.

I had three photographic targets in mind – Eagles (White-Tailed and Golden), Otters and hopefully, Minke Whale.

We arrived on Mull on the 26th September and within the hour we had seen White-tailed Eagle, Golden Eagle and Bottlenose Dolphins. Sadly, no photographic opportunities yet. The following day we joined Mull Charters to explore the potential of Loch na Keal, a sea loch on the west coast of the island. In no time at all we were revelling in the company of our primary focus of the trip as the first of four White-tailed Eagles came to check out the boat in anticipation of a free lunch. The light was glorious as the birds duly performed and came in claim their payment for the show. Getting this close to one of the UK’s biggest predators in action is a breath-taking experience. I was relieved to secure a few decent images that do justice to the moment, despite an initial hiccup with my camera gear. 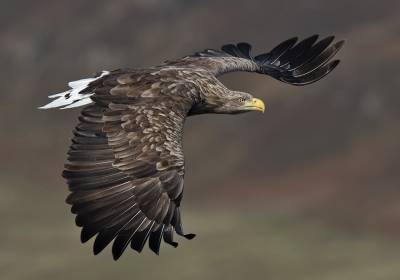 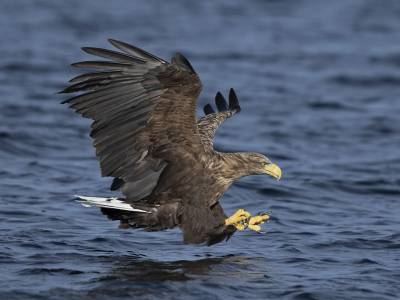 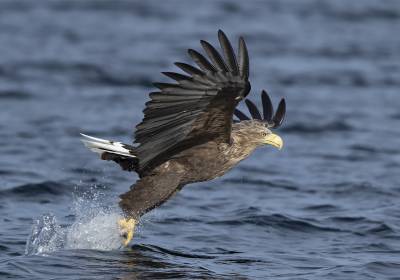 We spent a lot of time over the next few days in pursuit of Otters, Mull having the reputation of being the best place in the UK to see these amphibious mustelids. Despite many hours spent scouring the coastline at the right state of tide we somehow failed to connect.

Before we knew it, the days had flown by and it was time to head back onto the mainland, and our second base near Gairloch. We were hopeful of getting out on a boat to rendezvous with the local cetaceans. The weather had other ideas – too windy, too foggy, too much heavy rainfall. We were repeatedly thwarted, so instead we spent some time scanning from the coast at Red Point and Rua Reidh (Smooth Point in Gaelic). We spotted not a single cetacean in three days of searching. Surprising, considering how good this coastline is for whales and dolphins. However, where Mull had failed us on the otter front, Rua Reidh made up for it in spades.

For our second seawatch outing – the first being to Red Point – we opted for this renowned headland north of Gairloch. We had barely settled into position before an otter emerged from a crack in the rocks, casually strolled down to the surf-washed wrack and jumped into the water. Emerging periodically with a tasty prize, usually a crab, it devoured each with relish. It would disappear for short periods before reappearing and repeating the performance. We felt sure we had got to grips with this individual’s routine and returned the following day prepared and ready to secure some images of this fabulous animal. 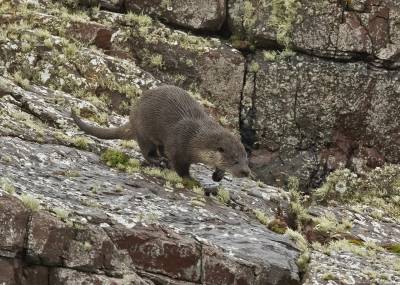 The weather did its best to limit my photographic possibilities, blowing a hoolie from the NNE accompanied by spattering rain for much of the time. However, the otter duly obliged, appearing first at some distance, and after fishing came out for a towel down and snooze among the lichen-encrusted rocks. I was just checking my camera settings when a second otter suddenly appeared, and a short-lived scrap promptly ensued. I frustratingly missed the action. I was beginning to think I had blown my chance for a great image. The weather continued to close in, so we sought shelter among the rocks and out of the corner of my eye, I noticed movement above my right shoulder. The otter was towelling down again, only this time it was a matter of 15m from me. I hardly dared move in case I should disturb it. I waited until it had buried its head briefly from view and very slowly got into position. The buffeting wind was catching my camera lens and whipping the focus point all over the place, the rain was driving right into my face and light levels were grim. The animal sensed I was there but while I stayed still it would relax and continue the grooming process. 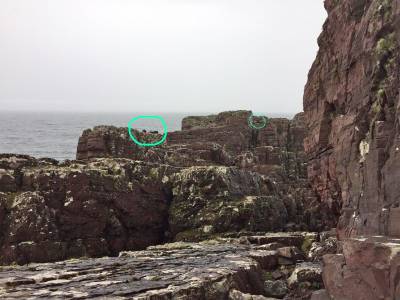 Me communing with the otter for context © Laura Dennis

I took many images, very few of which were any good, but some did at least give a sense of the otter’s proximity. I also took some film footage which really does illustrate the challenging weather conditions https://www.youtube.com/watch?v=0SRjVJ2edaw. BBC Planet Earth it is not! I cared not a jot. It was one of my most intimate and wonderful wildlife encounters in a very long time. I loved every rain-spattered minute. In fact, the whole time at Rua Reidh was brilliant, and if you have never visited this spot, I highly recommend it. 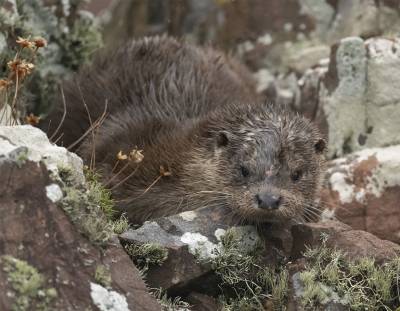 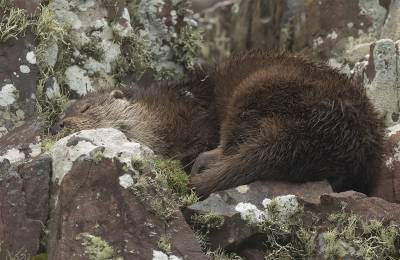 Our ten-day break had evaporated in a flash and it was time to head back south. I had failed in my whale ambition but as it happened a small pod of Northern Bottlenose Whales (part of a strange series of occurrences in North-West Europe) were still being reported from the similarly named Garelochhead, near the Faslane nuclear submarine base in Argyll and Bute. Attempts to drive them back to sea by BDLMR (British Divers Marine Life Rescue) had only partially succeeded, three animals had returned, and we decided to divert to see them on our way home.

The weather was far more benign, and the whales were still in residence. We headed for the western side of the loch to try to get better light and by chance the whales just happened to be directly opposite our parking spot. These are deep-diving whales that hold their breath for prolonged periods, so it was no surprise that they would disappear for extended intervals and catching them on their return to the surface needed sharp reactions. We spent over two hours entranced by these animals at close range and you could easily hear them blowing. A very different experience to seeing them at range from a ship. My photographs showed that there were three different individuals in this part of the loch. Sadly, their prospects seem poor unless they can reorientate and get back to deep ocean water. 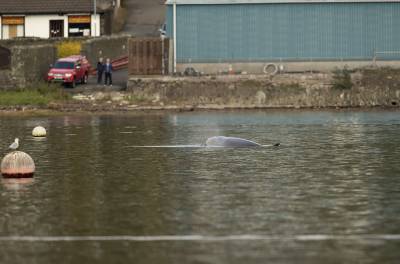 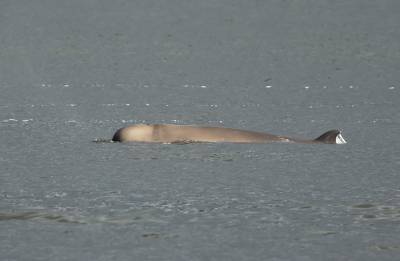 The bulbous 'melon' of the Northern Bottlenose Whale © Jeff Clarke 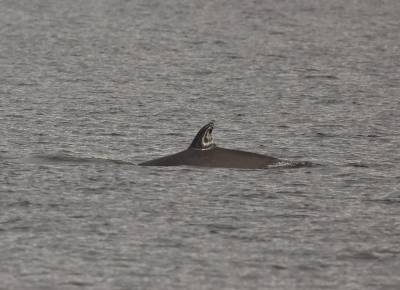 It was a memorable end to refreshing break in some of the most beautiful parts of the UK, or even the world. Love Scotland! Cannot wait to return.