Jeff Clarke has not set their biography yet

Posted by Jeff Clarke on Wednesday, 16 April 2014 in My Blog 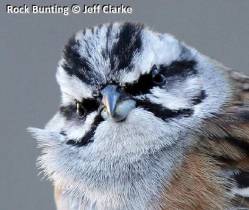 The last week of March and the only gap in my diary represented an opportunity to combine research and reward. A recce to Extremedura in preparation for future guided wildlife trips, a chance to photograph some stellar species, combined with a bit of boys banter, held much promise. Extremadura is a much vaunted wildlife destination and this short jaunt justified that claim.

I made the trip in company of Messrs Ian Appleton, Anthony Brandreth and Daniel Pegg and we based ourselves at Torrejon el Rubio just a short distance from the fabled Monfragüe National Park.

Posted by Jeff Clarke on Wednesday, 18 December 2013 in My Blog

Some birds are more of a dream than a reality and a high Arctic denizen such as Ivory Gull seldom make an appearance in the UK, preferring to spend most of their time scavenging around Polar Bear kills, or a deceased cetacean. When they do occur here they are most likely to be found standing atop a decaying beached whale, or seal. In recent years that had become an exceptionally rare occurrence, but that was about to change...

The late Autumn and early Winter of 2013 has delivered an unprecedented arrival of 1st Winter Ivory Gulls in the UK. Most of the birds appeared in the wake of a devastating low pressure system that ripped across the Atlantic from Greenland and made landfall with a massive storm surge on the 5th December. 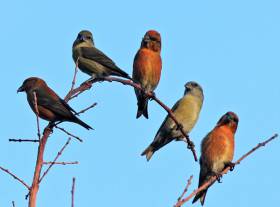 Posted by Jeff Clarke on Monday, 09 December 2013 in My Blog

It was a Golden Wedding celebration weekend for my Parents-in-law and I'd taken my wildlife camera gear more in hope than expectation. During a brief hiatus in proceedings I met up with Paul, my brother-in-law, cameras in hand, at Budby Common for a 2 hour sojourn. The light was poor and I thought I might not even press the shutter.

Even when there is nothing to see or photograph Budby is a fine place to walk. After an hour I thought that was all it would be, but the sound of crossbills caught my ear and I watched the flock land in some smallish Scot's Pines, just a couple of hundered metres away on the heath. Paul had never seen crossbill so I suggested we make our way to the pines and 'pish out' the crossbills and see if we could photograph them. 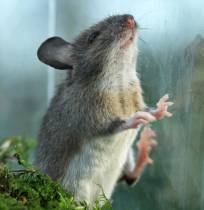