Posted by Jeff Clarke on Monday, 30 November 2020 in My Blog

Wanderers of the Wild Ocean

Anyone who has ever met me knows that I am generally an enthusiastic person and I get very passionate about things. Sometimes these passions are short-lived – let’s never again mention my, thankfully brief, interlude as a teenage plane-spotter – and some sustain over the longer term. I’ve been mad keen on nature my whole life and this is where most of my passions are rooted.

Like most naturalists, my initial introduction to nature was through birds and butterflies, and my fascination with birds has never wavered over five decades. I am not immune to the desire to see new species, but some of my most desired seemed unobtainable, mainly because my financial resources are not bottomless.

Albatrosses had always captured my imagination and the idea of being at one with a Wandering Albatross seemed like a pipedream. Eventually that dream became a reality during a cruise around New Zealand in 2012. Since then I have been lucky enough to be requested as a regular speaker aboard cruise ships, talking on many aspects of nature. As a consequence my albatross ambitions have received a substantial boost and at the time of writing I’ve had the good fortune to commune with 15 of the world’s 22 recognised species (different authorities vary their view as to the true number of species). 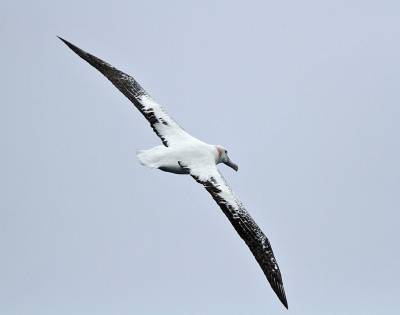 Albatrosses are members of the ‘tubenose’ Procellariiformes order that also includes, shearwaters, petrels, diving petrels and storm-petrels. You don’t have to spend too long studying these extraordinary birds to become aware of the massive damage we have been doing to them in recent decades. Some of this has been direct exploitation, although thankfully this aspect is much declined, but most of the current threats are indirect, either as by-catch decimation through the fishing industry, mammalian predators introduced by man to their breeding islands, or ocean plastic. Some species, like the Amsterdam Albatross have been reduced to the edge of extinction, and others are approaching the tipping point, including Tristan Albatross. The shocking truth is that most of this devastation is driven by human greed, the profit motive and, in some cases, a total lack of respect for the natural environment. Very recently evidence has been published to show that some fishermen are now participating in the barbaric practice of cutting the bills off live albatrosses to save them the trouble of properly removing fish-hooks from their unintended catch. 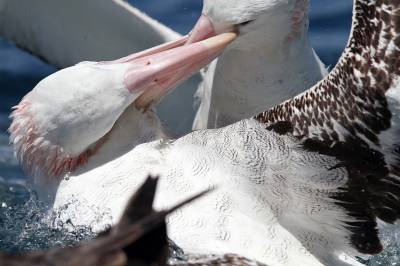 It’s very difficult to make any kind of noticeable impact to improve matters as an individual, thankfully there are organisations out there that are fighting to turn around the super-tanker of destruction. I decided my best way of helping was to raise awareness and hopefully some funds for these organisations to continue their essential efforts. For many years now I’ve raised the issue at almost every talk I give and individuals have donated cash to the cause, raising many thousands of pounds that I’ve been able to pass on to #savingseabirdsglobally through the RSPB. 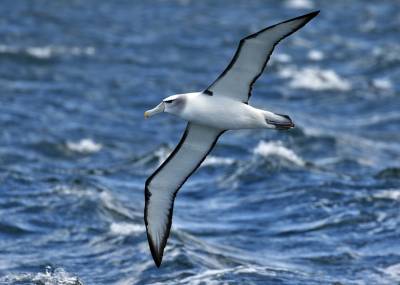 It’s easy to become disillusioned, throw your hands in the air and say what’s the point? But the reality is that organisations like RSPB, Birdlife Marine and the Albatross Task Force have been having a truly monumental impact. Educating and persuading some of the world’s most destructive fisheries, particularly longline-fisheries, to drastically improve their methods to reduce by-catch, by using streamer lines and a genius device called Hookpod. Or by eradicating non-native mammalian predators from remote islands. Hope is on the horizon on these fronts, but the biggest challenge of all comes from the twin threats of climate change and the almost unbelievable amount of plastic that is now contaminating our oceans and getting into the food chain through micro-plastic ingestion. Only a worldwide government-led effort can change this trend, but even here the first glimmers of a brighter future are beginning to show through the seemingly eternal gloom. 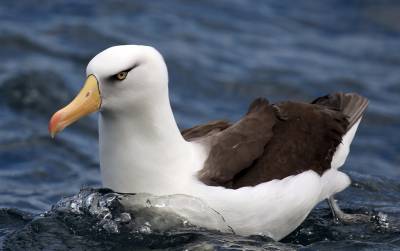 When I’m on cruise liners I have a very receptive audience, I mean what better way is there to promote albatross conservation than by showing those on board these majestic creatures? Once seen never forgotten. They are then more than willing to engage in taking positive action to help save them, including encouraging the same cruise lines to do better when it comes to reducing their single-use plastic footprint. 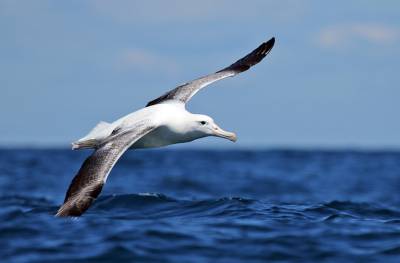 In my time on board the ships I’ve seen one of my favourite cruise lines go from using real teaspoons at the communal coffee and tea stations, to using single-use plastic spoons, and then back to using metal teaspoons in response to their customers pointing out the folly of the enterprise. Good on them for responding positively. I hope my presentations have gone some way to a more sustainable use of resources. 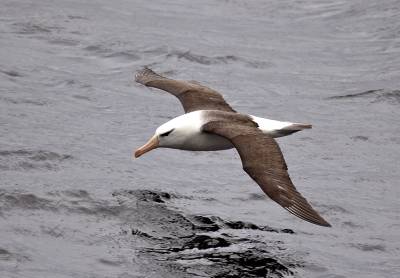 There are many places around the world where you can encounter albatrosses, sometimes several species, but my favourite place is Kaikoura in New Zealand where I take trips out with the superb Albatross Encounter. One of my ideas is to persuade one of the cruise organisations to put on an ‘Albatross Adventure’ visiting some of the best locations in the southern hemisphere, giving passengers the chance to see ten, or more, species of albatross on a single cruise. If any of the cruise operators, out there, fancy inviting me to discuss a suitable itinerary, I’d love to chat to you. I know that there are many thousands of potential new cruise customers out there waiting for just such a themed-cruise adventure. 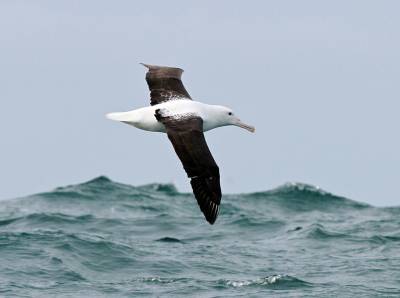 In the meantime, if you would like to experience your own intimate albatross encounter, then cruises around southern South America, New Zealand and South Africa will give you the best chance of seeing a handful of species, along with many other amazing seabirds. Alternatively, cruises along the Pacfic seaboard of Peru, northwards to British Columbia can deliver up to four different species. 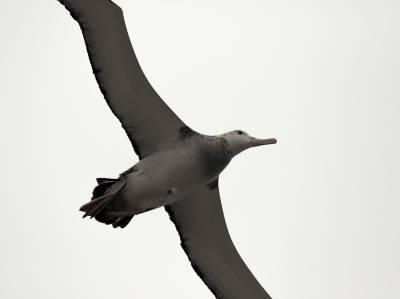 As I write this, we’ve all been locked down for the best part of a year by the Covid-19 pandemic. We all have our dreams about what we are going to do when life gets back to normal. My dream involves a big ocean and the masters of gliding and wheeling across a watery world.

If you would like to contribute to conserving albatrosses and other seabirds you can make donations here.