A recent journey, along the Humboldt Current, brought home to me, just how little is really known about species distribution in one of the world’s most important biodiversity rich areas. As the frigid waters of the Humboldt power north, along the immense coastal fringes of Chile and then on to Peru, they are loaded with a maelstrom of nutrients that get dragged from the depths of the ocean abyss, up the continental slope and into the sunlit surface waters. This mechanism is the engine for a food production process that has few equals anywhere else on the planet. As a result, the Pacific Ocean in this region seemingly brims with fish, fish-eating birds and marine mammals. Even so the total number predatory animals exploiting the Humboldt Current today are but a fraction of the previous numbers, before humans began to exert their malign influence. 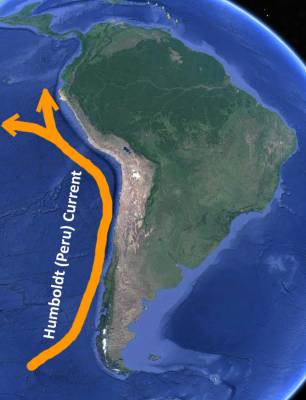 Formerly our depredations on these oceanic animals was from ‘harvesting’. Thankfully this carnage has declined, though it is not completely eradicated. As this threat began to recede the incidental collateral damage from pollution, notably plastic and the legacy of livestock, deliberately, or accidentally, introduced to previously untouched breeding islands, became increasingly apparent. Populations of the order Procellariiformes (tubenoses) have particularly suffered. It was against this historic backdrop, armed with modern field guides, mapped with the most up-to-date information on species distributions, that our small band of naturalists (Jeff Clarke, Anthony Brandreth, Russell Neave and Emma Neave-Webb) commenced their wildlife observations. 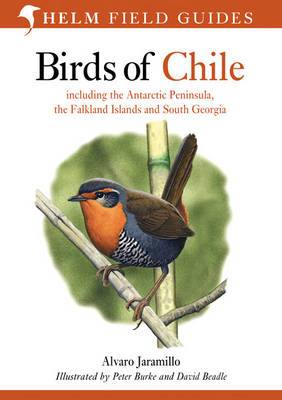 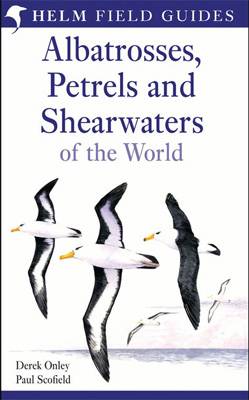 El Nino events can have a significant impact on bird distributions in the Eastern Pacific, however our journey, in mid to late February 2017, coincided with a period when the Eastern Pacific Ocean was supposed to be going through a cooler phase. This being so we had reasoned that bird distributions would be a relatively close match to those depicted in ‘Birds of Chile’. Alvaro Jaramillo, the book’s author, states numerous times in the text, that the true extent of species occurrence and distribution in Chilean waters and offshore are imperfectly known or understood. Our observations would back that sentiment entirely, as we continuously logged species, often in significant numbers, well outside their regular, or mapped, ranges.

Our viewing platform was a modestly sized cruise liner, MS Boudicca, owned by Fred Olsen Cruise Lines. This vessel is very stable in all but heavy seas, and most of the time we were blessed with moderate to slight sea conditions, that allowed a high degree of confidence in the accuracy of our observations. Leaving from Punta Arenas on the 11th February, we spent most of the first few days pootling through the Western Magellan Strait and the Chilean Fjord system and so didn’t really hit the open ocean until the 17th, when we passed west through the Chacao Strait that separates Chiloé Island from mainland Chile at 41o South. On doing so we immediately began to see significant numbers of Stejneger's Petrel and Juan Fernandez Petrel. Both species breed only on the island of Alejandro Selkirk in the Juan Fernandez Islands situated some 770km out in the Pacific from the Chilean coast. The map in our fieldguide suggested we shouldn’t anticipate seeing Juan Fernandez Petrel in any numbers until we were at least another 700km North. In the case of the Stejneger's we were some 800km south of their regular range. To add to this, we also recorded an Elliot’s Storm-Petrel equally out of range.

At the same time, we were not seeing some anticipated cold-water species such as Cape Petrel, or Southern Fulmar. This did make us ponder if the water was warming and the Pacific was heading back towards an El Nino. 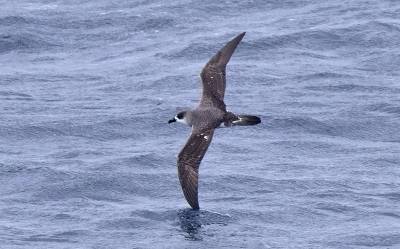 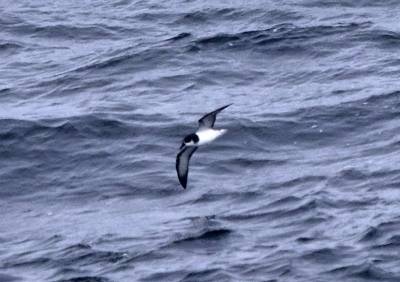 On the 20th Feb, as we cruised north towards Coquimbo, we encountered our first Waved Albatross almost 1000km south of its non-El Nino range. Over the following days we would have repeated encounters with species that were hundreds, or even thousands, of kilometres south of their regular range including White-faced Storm Petrel, Leach’s Storm Petrel, together with other ‘out of range’ species such as Brown and Masked Boobies, and White-bellied Storm Petrel. By now we were certain that some sort of warm-water incursion must be occurring and on our return to the UK we explored the data on the Eastern Pacific Sea Surface Temperatures.

It seems from the data, that our sector of the Eastern Pacific, was indeed experiencing a warming of the waters above the seasonal norm for the period we were passing through the region and it clearly demonstrates how quickly the birdlife had responded to the changes. Furthermore, the Climate Prediction Centre is suggesting that true El Nino conditions could re-develop by the Autumn of 2017. This would be unprecedented. Such a rapid return of the El Nino would be very damaging for most of the seabirds and marine mammals of the region. If this pattern starts to become the norm we could see a dramatic collapse in their populations in just a matter of a few years. 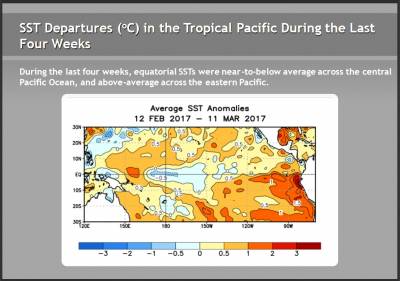 It's clear that this region needs far more research on the marine life that is so dependent upon the Humboldt current. Seabirds, due to their enhanced mobility, clearly have a rapid redistribution capacity when oceanic conditions dictate. If funding could be found for regular pelagic transect surveys I think this would provide an excellent tool for informing climate and marine scientists about the imminent and likely impacts of global warming on marine life.

In the meantime, I’m plotting my own return to this very special part of the world.

To read more about the wildlife encountered during the tour click here.