Posted by Jeff Clarke on Wednesday, 26 October 2016 in My Blog 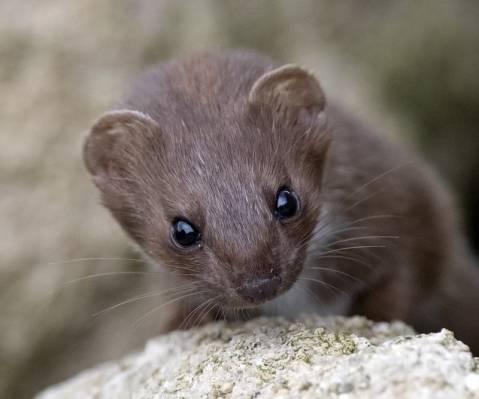 Click on the images to see them at full size.

I travelled to Spurn Point for a two-day camera sojourn with my good friend Brian Tollitt. The east coast had been awash with migrants all week but somehow we managed to pick the only two days when there was a relative lull. However, this did not stop us having a fine old time and photographing some wonderful birdlife.

On arrival we discovered the rarer stuff had cleared out so we concentrated our efforts on the Easington Lagoon area. The light was lovely and the recently arrived Sanderlings were most obliging. We spent time trying to capture some interesting angles, commando crawling into position, as they probed the sandy shoreline. They were much more interesting and obliging than the putative Dusky warbler that we found in the Sea Buckthorn. 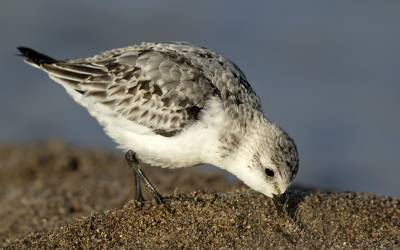 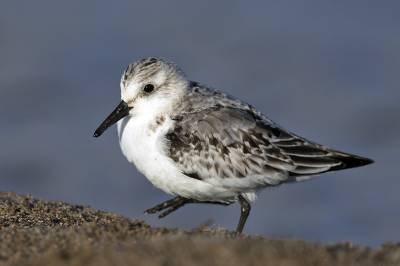 Beacon Lane can usually be relied upon to produce something of note, but on this occasion, I was interested in capturing the berry guzzling antics of the hungry Redwings, one of my all-time favourite birds. They were desperate to refuel after their overnight flight from Scandinavia. I tucked myself into the debris in the corner of the field and waited. Even the noisy interventions of a couple of scavenging youngsters failed to ruin the opportunity and I got some pleasing shots in the soft sunlight. 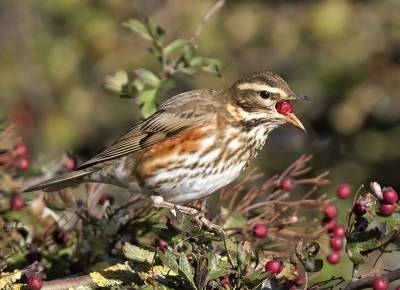 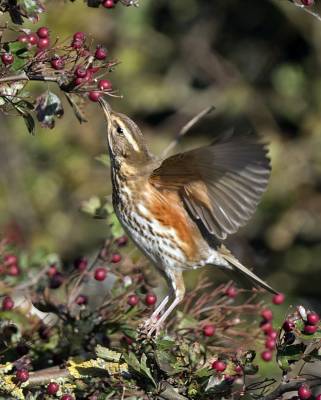 Later in the day, as the evening sun cast a warm glow, by using every bit of fieldcraft at our disposal, we had the opportunity to work our way in and get close-up images of a small group of Twite. This is a truly under-regarded bird. Their seemingly subdued tones belie some truly sumptuous peach hues and the low evening light set this off perfectly. 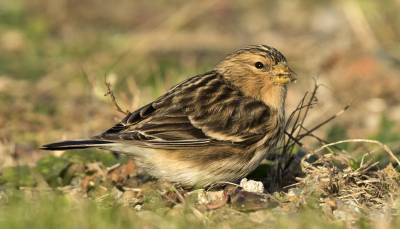 To finish day one we spent a goodly period with a Snow Bunting. It seemed to love a muddy patch in the shade, but after about 15 minutes it needed a drink and trundled toward a small puddle bathed in sunshine. Here I managed to get in close and capture the action, as it took a few good gulps of liquid. We anticipated it was going to have a quick wash, but it seemed to change Its mind and soon returned to the gloomy patch of mud, so we left to enjoy a fine meal in the Crown and Anchor. 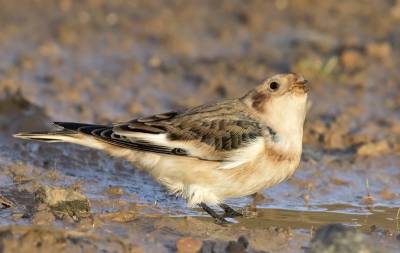 As the early morning sun rose over the North Sea it cast a golden glow over Kilnsea. There were relatively few migrants about but it was good to see that the female Common Redstart was still along the beach on the Humber side of the peninsula. This delightful bird was unphased by my presence, so I staked out a few of her favourite perches and waited till the sun set fire to her tail. 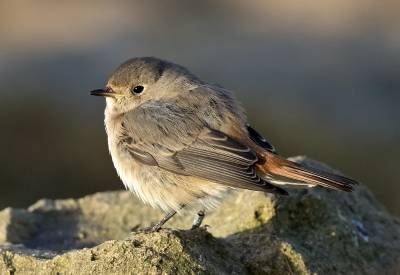 A trundle up Beacon Lane and a mystery. A very pale Sylvia warbler whipped past me and began making its way through the hedgerow running up the hill. First impression was, some kind of Lesser Whitethroat, but not a local. I re-found it, got a couple of glimpses, before I finally attracted it closer with some quiet squeaking. It posed all too briefly but I fired off a handful of shots. It is one of the eastern species but I don’t think we can put a definitive name to it as it never called and we don’t have the DNA evidence. Every now and then you have to concede defeat on an identity. 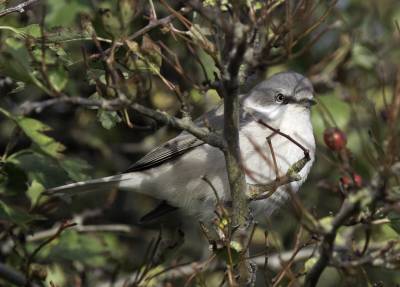 It was time to head off to Sammy’s Point. A couple of Ring Ouzel in the horse paddocks greeted our arrival, but more of those later, as my eye was immediately taken by a movement among the rocks in the sea wall.

A weasel was meticulously exploring the cracks and crevices searching for prey among the labyrinthine sea defences. Before too long we realised that a minimum of three of these tiny mustelids were involved in the action. They were like restless little ‘Jack-in-the-boxes’, which resulted in numerous blurred photos and part of a weasel disappearing from the frame. Persistence finally paid off and I managed a few pleasing images, but I missed so many that were ‘nearly’ brilliant. 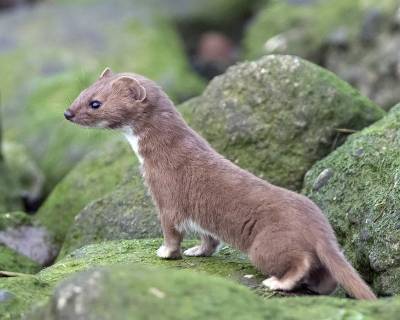 Weasel on the Rocks

Another ‘eastern’ Lesser Whitethroat was on the same stretch of wall, it was markedly different to the first bird, notably in the absence of a tail. Not a promising prospect for an out of range vagrant.

We returned our attentions to those Ring Ouzels and after a time managed a few acceptable record shots. Things might have been considerably better had it not been for the, clumsy, noisy, exiting of a fellow birder, who manged to scare the bird away. I’m always amazed how many folk forget not to disturb the bird on the way out, as well as on the way in. 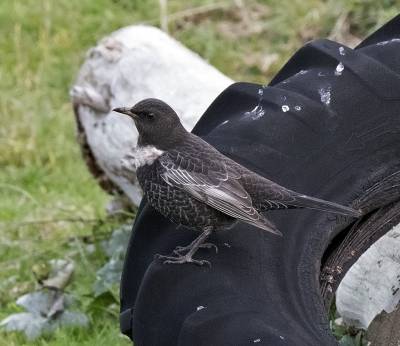 By now we were battling with rather poor light. News of a Yellow-browed Warbler in nearby bushes filtered through. We travelled, more in hope than the expectation, of capturing anything approximating to a reasonable image of this restless little sprite. On the plus side it did have a routine of sorts, it periodically returned to an ash tree and its adjacent Hawthorn. It was a little distant the only time it stopped for long enough to press the shutter, but once again a couple of images were good enough for future use in talks, if not for actual publication. The Autumn of 2016 has witnessed a record-breaking arrival on our shores of this tiny Phyllosc. 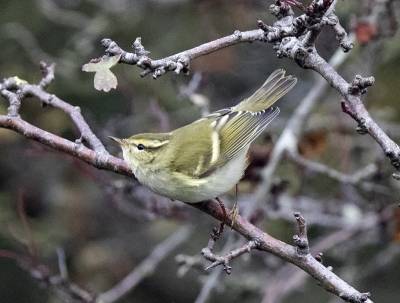 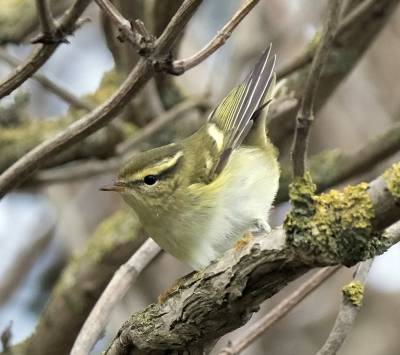 By now the light was poor and it was time to head for the delights of the M62. Not a two-day rarity-filled fest but definitely a satisfying photo session, with good company and some delightful encounters. Already looking forward to next time.

All images and text is copyright © Jeff Clarke 2016