Posted by Jeff Clarke on Thursday, 07 January 2016 in My Blog

‘The Land of Birds’ adrift from Gondwana for 65 million years was utterly unique. No land mammals, except for bats, were to be found on this micro-continent. As a result the birds that arrived to populate it were able to diversify into many forms and occupy many of the niches that the mammals would otherwise exploit. A number of species became flightless and some like the Moa became giants. The above image is from New Zealand Birds Online a great resource for visiting birders.

The Maori arrived from Polynesia sometime after 1250 and from that moment the extinction crisis began. In less than 100 years the Moa were exterminated, eaten by the Maori, though rumours persisted of surviving birds till the late 1800’s. Worse was to come when Abel Tasman reached New Zealand in 1642 followed by Captain James Cook 1769. From this moment Europeans invaded New Zealand bringing with them Brown Rats, pigs, cats, rabbits, stoats, possums and a total lack of control when it came to exploiting the natural resources.

New Zealand has lost at least 45 species of bird since the Maori arrived and at least 20 of those have been since the Europeans first settled. See more details here.

Today the New Zealand Department of Conservation wages a constant and uphill battle to preserve the remaining species. A classic example is that of the Takahē. This bird was believed extinct until it’s rediscovery in the Murchison Mountains in 1948. Today more Takahē are to be found on island reserves than in their mountain refuge. Even then it can go badly wrong. In 2015 Hunters sent to cull Pukeko (Australasian Swamphen) that can predate the eggs of their rare cousin somehow managed to shoot four Takahē. 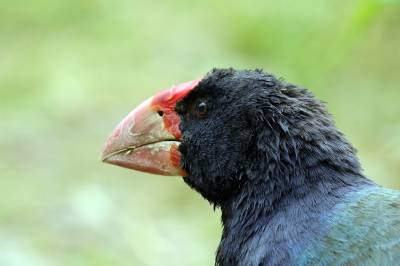 Takahē (click on images to see at full size)

Sometimes the problems are more complicated. For instance how do you maintain the population of Black Stilt (Kaki) when its close relative the Pied Stilt seems so much better adapted to survive in the human influenced habitats of today’s New Zealand? I recently travelled to Twizel in central South Island to catch a glimpse of this seriously threatened endemic bird. In 1981 as few as 23 birds remained but Intensive captive breeding has probably saved this bird from extinction and you can catch up with the latest on the Black Stilt Restoration Programme here. 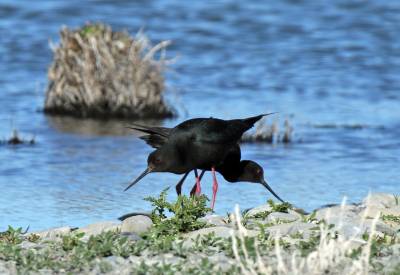 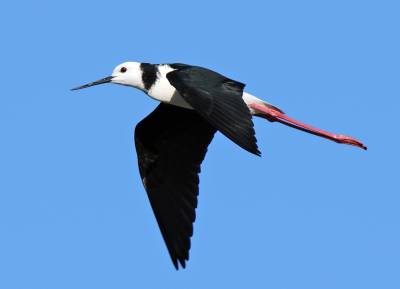 The famous braided river systems of New Zealand are home to some very special birds and alongside the Black Stilt’s you will also find the lovely Black-fronted Tern, a species very similar to Europe’s Whiskered Tern, where they are often found in close proximity to Black-billed Gulls. They are also home to the unique and rather bizarre looking Wrybill, with its bill bent to the right and looking as if it may have come off worse in a New Zealand rugby scrum. Alien predators take a heavy toll on these birds and with the exception of the gull, they would most likely go the way of the Moa without the intensive trapping programmes carried out by the D.O.C. 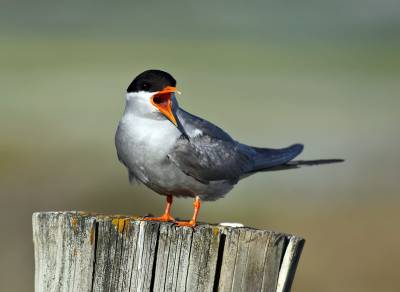 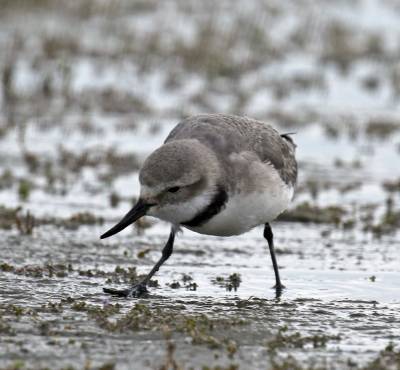 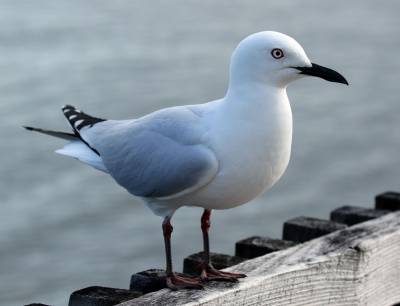 It seems that the fate of New Zealand’s remaining endemic birds rests firmly in the hands of the New Zealand Government. Its continued financial support for the work of the D.O.C. is vital and from an outsiders perspective seems far more tangible and forthcoming than does the equivalent government support for nature conservation here in the UK.

If you visit New Zealand today you we see lots of birds. Sadly most of them are non-natives like Redpoll, California quail, Indian Myna, Skylark or Song Thrush. It is one of those places that truly make you wish time-travel was possible just to experience the bird song of the New Zealand dawn before the arrival of man. 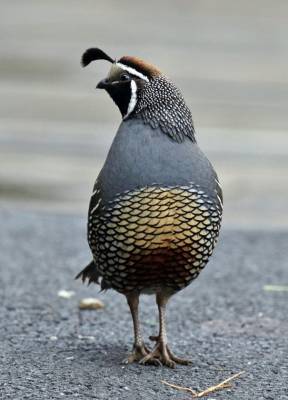