Canaries to the Caribbean 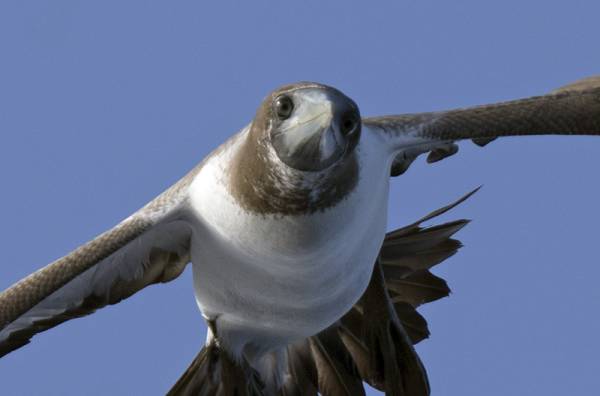 We boarded the MS Braemar on the 8th Dec in Tenerife where I was to be one of the guest lecturers. By the following dawn, we had arrived in La Gomera and spent a relaxing morning in San Sebastian exploring the local park which hosted a very tame Hoopoe and a number Berthelot’s Pipits and numerous Monarch Butterflies. That afternoon we set off across the warm waters of the sub-tropical Atlantic. After an hour or so we encountered a small pod of Striped Dolphin and a short time later a family group of Short-finned Pilot Whales. Then shortly before dusk that first evening we also had a small pod of Blainville’s beaked Whale.

click on the images below to see them at full size. 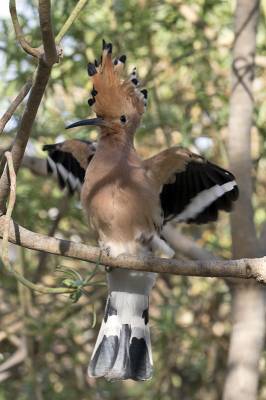 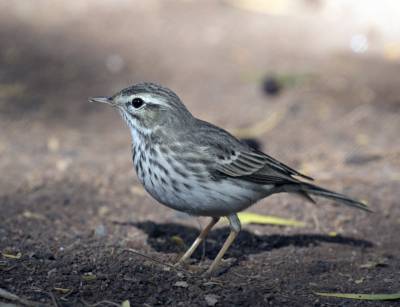 On the 10th we picked up a handful of Band-rumped Petrel’s and a couple of Cory’s Shearwater. Towards the end of the morning a series of low puffing blows to the port side suggested Sperm Whale and this was confirmed when one animal fluked. The mystery of the day occurred when a small petrel crossed the bow. All dark brown with a pale belly and thin pale bars on the underwing. Slightly larger and bulkier than Bulwer’s Petrel, it was a Trindade Petrel.

The 11th over very deep water before the mid -Atlantic ridge confirmed we were in a watery desert when we failed to spot a single cetacean or seabird all day.

We reached the ridge on the 12th and the first sighting of the morning was a Rorqual Whale blow, mid-distance on the port side. The smallish columnar blow suggested Bryde’s or Sei but the whale itself failed to resurface and could not be confirmed. In the afternoon a small pod of Atlantic spotted Dolphin’s raced to the bow and we also witnessed a series of breaches and tail slaps from two rather distant beaked-whales. At the same time we had a small group of Cory’s Shearwater.

13th Lots of anticipation and absolutely nothing to report.

14th A Red-billed Tropicbird passed over the bow a few times before departing and this was followed in the afternoon by a very lost American Wigeon that circled the boat for about 20 minutes before bombing off Westward.

15th Flying fish were being continuously flushed from the boats bow and in the afternoon this attracted the attentions of an immature Booby. I had expected Brown Booby the common species in the region but something didn’t gel and my photographs confirmed it was an immature Masked Booby, a rarity for the region. As the day closed a couple of Magnificent Frigatebirds hove into view. 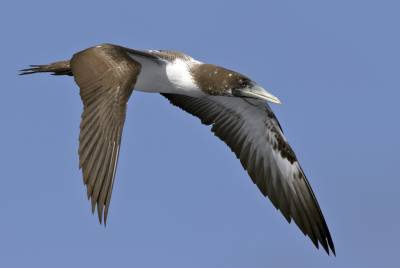 16th Disappointingly from my perspective we were over 3 hours ahead of schedule and so missed the chance for cetacean spotting as we sailed in to St. Maarten. The harbour area hosted a few Brown Booby’s, Royal Terns and Brown Pelican’s, but the port authorities wouldn’t allow me to walk along the harbour to photograph them. The port area itself held some typical Lesser Antillean birds, including Zenieda Doves, Bananaquits, Antillean crested Hummingbirds, as well as a few wintering American visitors, like Barn Swallow, American Kestrel, and Merlin. An excursion for a forest walk on the French side was as unsuccessful as anticipated from the wildlife finding perspective. So, alternatively I checked out a Salt Pond near the port on my return. This proved far more rewarding with lots of egrets, pelicans and frigate birds but the highlight was a trio of White-cheeked Pintails. 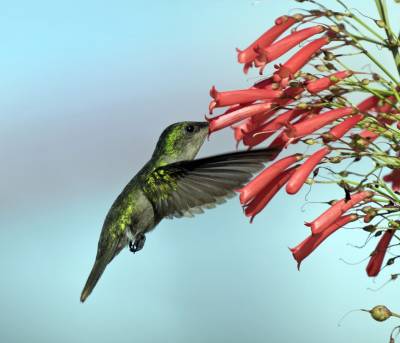 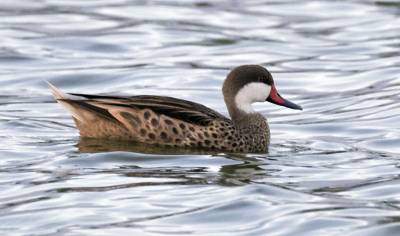 On the 17th we berthed at dawn in Tortola, part of the British Virgin Islands. After an abortive effort to visit the Botanical Garden, the person who was supposed to open it up decided not to bother on this particular Saturday, fellow birder Ed and I got a taxi out to an area of salt pond and mangrove on Beef island. This holds the islands airport and the number of biz jets was testimony to the highly lucrative business of offshore accounts, Pishing was the only option in this dense habitat and it came up trumps. Numerous Pearly eyed thrashers, and several Northern Water-thrushes quickly responded alongside Yellow and Prairie Warblers. Strangely a Grey Plover responded to my pishing and on finding the bird we discovered it had a Lesser Yellowlegs as a companion. 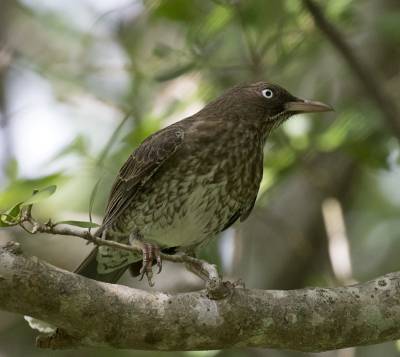 On the 18th we disembarked in Antigua. After a spot of Mangrove kayaking and some enjoyable coral snorkelling I walked out to a harbour headland, passing some very poor housing areas on the way. A bit of pishing in the only area of suitable habitat lured out several Lesser Antillean Bullfinch, White crowned Pigeon and a Caribbean Elenia. 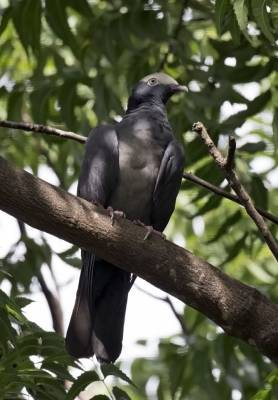 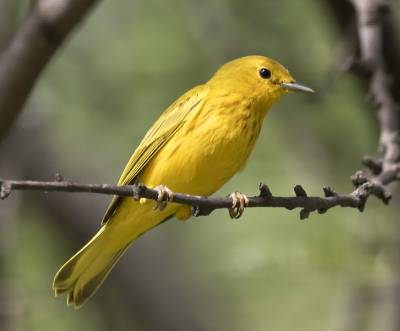 On the 19th we reached Martinique. After a glass hulled boat trip to watch Green Turtles we spent a few minutes ashore and added Tropical mockingbird and Lesser Antillean Saltator to the growing list. 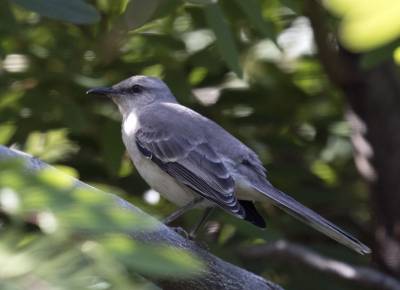 We reached St. Lucia by nightfall and this gave us the chance to disembark early and join our professional birding guide ‘Vision’ from Nature’s Ambassadors. We had a great morning’s birding, searching out many endemics. The White-breasted Thrashers posed unexpectedly well, as did the St. Lucia Warbler.  Up in the rainforest we added, Scaly breasted Thrasher,  St. Lucia Pewee, St. Lucia Oriole, St. Lucia Black-finch and the much sought after St Lucia Parrot. Worth every dollar. 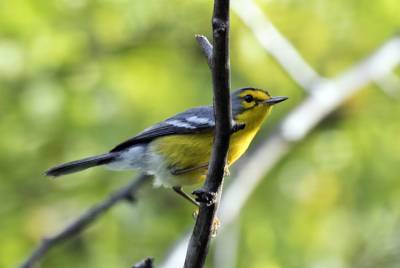 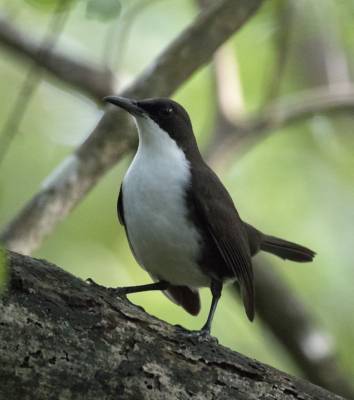 On our return to the vessel the heavens opened and I succumbed to the ship’s lurgy. We reached Barbados the following morning and once again we docked early. After a time I'd perked up enough to venture out to photograph a few of the birds close to the port that included Green-throated Carib, Black-faced Grassquit, the Barbados subspecies of Lesser Antillean Bullfinch, and Common Ground Dove. 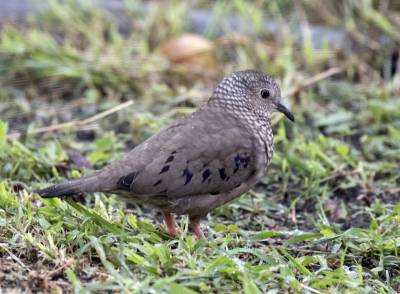 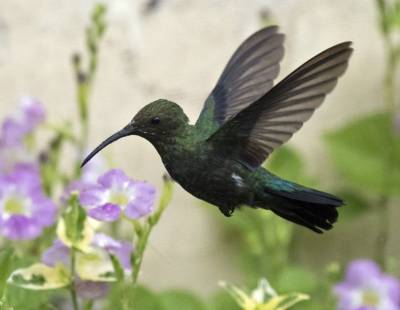 All in all, an interesting outing and if I ever come out this way again I’ll be organising all my own guides.

All images and text is copyright © Jeff Clarke 2017