Posted by Jeff Clarke on Thursday, 22 February 2018 in My Blog

After Santarem we continued our journey upriver and the following day we were tendered ashore for a few short hours in the town of Parintins, where we were greeted by an Orange-fronted Yellow-Finch and the ubiquitous Great Kiskadee. Birding options were few due to the brief time ashore, but at Marco Lima’s suggestion we took a tricycle ride out to a local park and an area of marshy ground bordered by some mango trees. 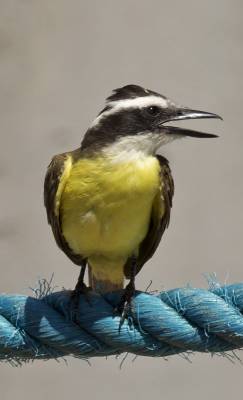 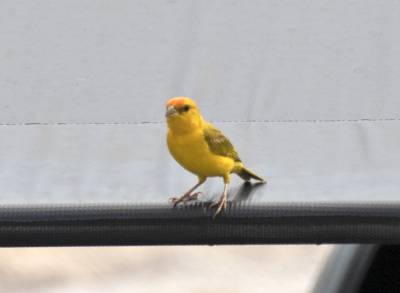 Heat and humidity were very high and the sun was blinding so photography was always going to be limited, we did however manage a few additional species including Piratic Flycatcher and Yellow-browed Sparrow and Blue-Grey Tanager. 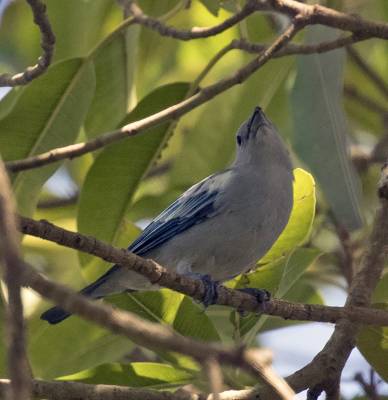 In the afternoon Braemar headed for Manaus.  On several occasions  deep channels brought us close to the forest and though nothing was photographable we had great telescope views of a fantastic array of birds including Blue and Yellow, scarlet and Red &Green Macaws. The undoubted highlight though was the 20 plus Toco Toucans dotted along the tree tops about an hour before dusk.

The following morning we approached Manaus accompanied by Grey-breasted Martins and again enjoyed the spectacle of a ‘meeting of the waters’, as the muddy Amazon was joined by the ‘black’ waters of the Rio Negro. 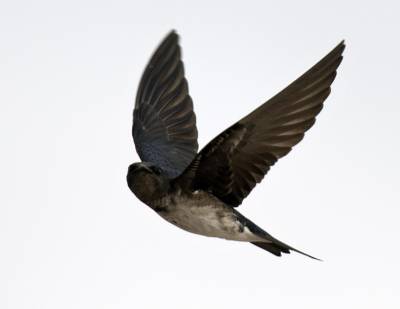 The heat of the day was fierce, so we took a siesta before a small band of us joined Marco Lima for a boat trip out to January Lake in mid-afternoon. Initially birds were quiet. It was stiflingly hot and the sun was high in the sky, so we contented ourselves with the antics of the numerous White-winged Swallows and we managed a few close approaches to a few raptors including Roadside Hawk and Black-collared Hawk. 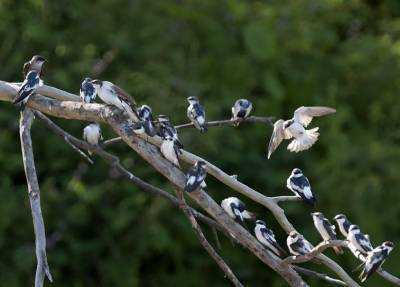 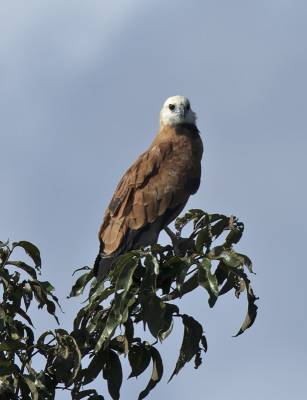 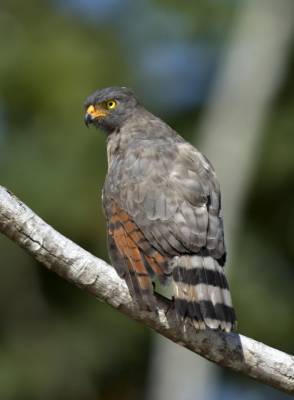 In late afternoon, we stepped ashore at a local settlement and headed for an aerial boardwalk that passed through, soon to be flooded, forest and out to a marshy overlook. Almost immediately I spotted one of my 'dreamt about' birds the extra-ordinary Sunbittern. I resided in an area of deep shade, amid a background of decaying leaves and branches at the waters edge. Every time it stopped moving its astonishing cryptic plumage rendered it virtually invisible. It might well have been wearing Harry Potter’s invisibility cloak, given the difficulty most people had in spotting it, despite the fact it was stood out in the open. What an astonishing bird! 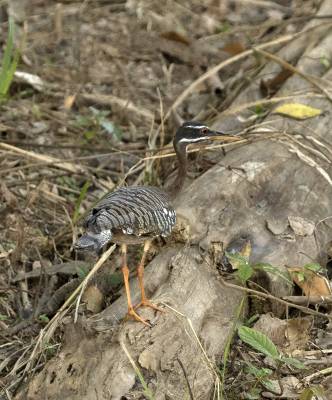 I eventually dragged my self away from the Sunbittern and proceeded up the stilted boardwalk. A Woodcreeper played hide and seek and the few photos I managed suggest that it was a Zimmer’s Woodcreeper. If you know better please let me know. On reaching the overlook I scanned the far side and a movement in the trees caught my eye. A small group of Red Howler Monkeys were feeding in the tree tops. Oropendola nests hung from a nearby try and pretty soon after we caught sight of Crested Oropendola in fight, tis was followed by a Russet-backed Oropendola feeding in the shade of the canopy. On our way back to the boat I noticed a Striated Heron fishing among the cut branches at the side of the lake, for once the light was in my favour. 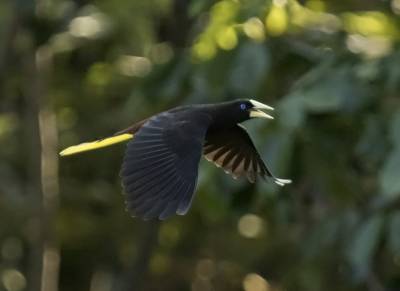 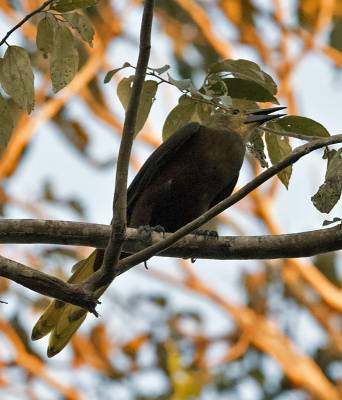 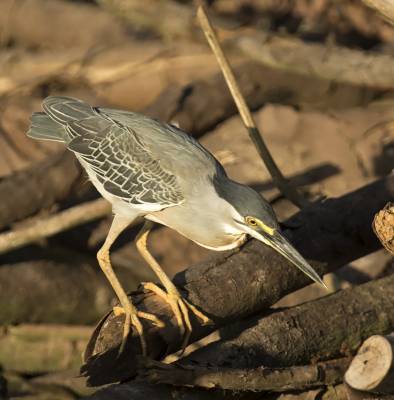 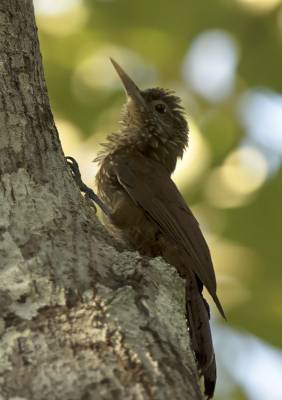 A short transfer to another boardwalk and Marco quickly located a Black-fronted Nunbird sitting quietly on a low branch. In contrast a lively troop of Squirrel Monkeys crashed around the vegetation. At the overlook we immediately sighted a couple Spectacled Caiman, including one sat out in the, now setting, sun. The place was alive with birds as the cooling air encouraged them to get more active. Parrots were flying everywhere but most remained unresolved. However a Festive Parrot sat out in the distance showing a diagnostic red back to confirm its identity. While a white-eyed Attila responded to my gentle ‘pishing’ sitting above my head and dipping its tail. A couple of Thrush-like Wrens were photographed but were not identified until sometime later. 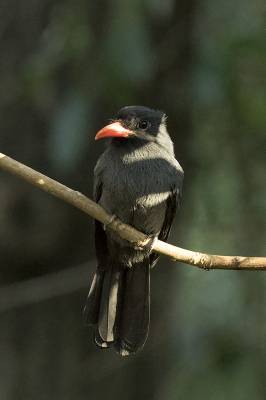 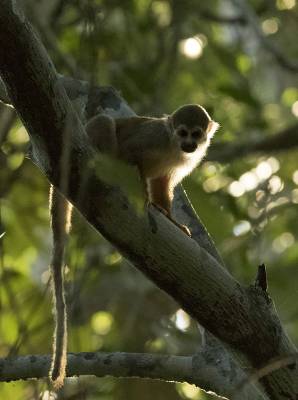 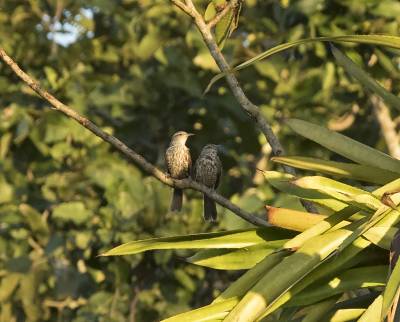 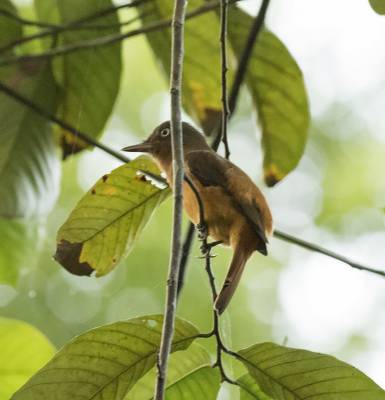 However, the best moment was just beginning. I was suddenly aware that the light levels were beginning to fade and in synchronicity the volume of calls from the birds, bugs and beasts began ramping up in in both scale and volume. In minutes the forest had come alive and it was truly wonderous. Frogs, crickets and cicadas played the rhythm section, the forest birds added colourful flourishes and a sweet melody, then the lead vocalists opened up. I stood, captivated by their deep, guttural, full-throated roars. The Howlers were proclaiming their domain. You just had to stop, soak it in and let the song of the rainforest seep into your very soul. Perfection!