Posted by Jeff Clarke on Sunday, 18 February 2018 in My Blog

I’d never done a speaker tour on a river cruise previously, so I was really looking forward to getting aboard the Fred. Olsen cruise liner M. V. Braemar in Barbados. If you are going to do a river cruise it might as well be on the world’s mightiest river, the Amazon.

Click on the images below to view them at full size. 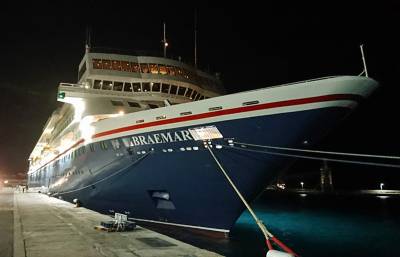 On this trip my companion was my great friend Ian Appleton. We set off overnight and would be 3 days at sea as we headed south through the tropical waters of the western Atlantic. Initially we were over very deep water, so it was no surprise that the only bird keeping us company for most of the day was the highly pelagic Masked Booby. At times a dozen, or more, would be around the ship exploiting the flying fish disturbed by the ship’s approach. They were so adept at targeting these Piscean gliders that they would even arrow through a wave top and fly out the other side in one deft attack. 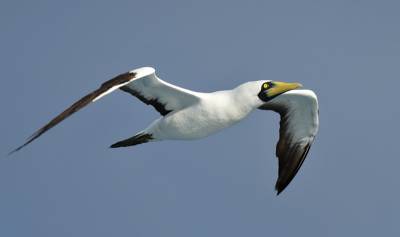 Cetaceans were generally in short supply, the stand-out moments being 20+ Atlantic Spotted Dolphins erupting from the choppy waters in the late afternoon of day 1 at sea and the dying moments of the day 2, a Swedish passenger, Ingvar Johansson noticed a large fin lolling in the water dead ahead of the ship. Thoughts of Orca were briefly entertained but it soon resolved itself into the exposed fluke of snoozing Bryde’s Whale. We were on a direct course to collide with the sleeping giant. We braced for impact, but thankfully it awoke just in time and effected its escape. Phew! One second later and it would have been curtains for the whale.

Other than the Masked Boobies other species were in very low numbers, highlights being Pomarine Skua and Leach’s Storm-petrel in-close past the bow. 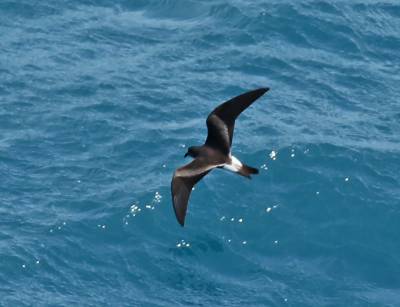 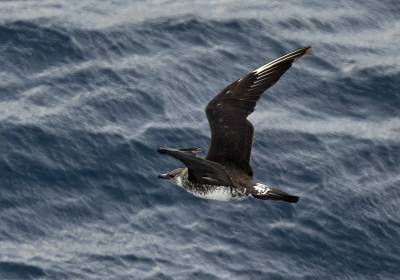 We finally entered the mouth of the Amazon on the 5th Feb and headed for Macapa Pilot Station, crossing the equator in the process. It’s hard to comprehend the vastness of the Amazon, no photographic images even come close to capturing the monumental scale of it.

Birds were immediately obvious in the shape of Large-billed Terns. At Macapa Station, where we picked up the pilots and Amazon specialist Marco Lima (more of Marco in a future blog), large numbers of ‘New World’ Vultures filled the sky. Black and Turkey Vultures were joined by Lesser Yellow-headed Vultures and a little further upstream we added Greater Yellow headed Vulture. As we moved upstream through the Amazon’s muddy waters, we encountered large flocks of Black-bellied Whistling Ducks. 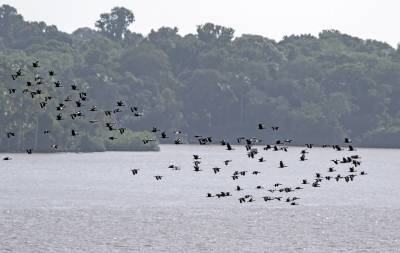 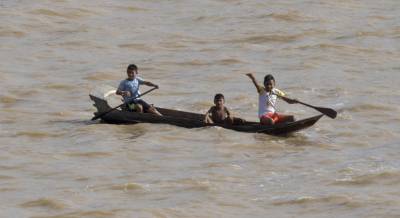 Periodically we would come close enough to shore to scope birds in the treetops. By doing so we added Orange-breasted and Bat Falcons, Swallow-tailed, Plumbeous and Grey-headed Kites, Green Oropendula, Channel Billed Toucan, Blue and Yellow Macaws and Chestnut-fronted Macaws. We also saw our first distant Botos and Tucuxi river dolphins, but more of those later. 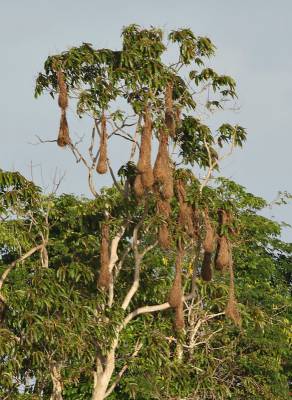 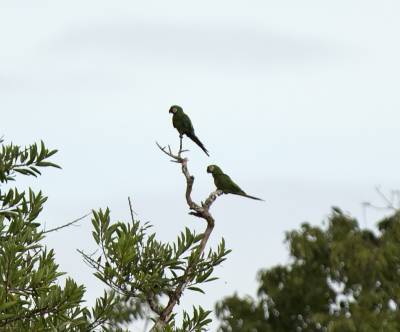 Overnight the ship was invaded by invertebrates including some truly spectacular beetles, bugs and moths. Most of the passengers were fascinated but some were seriously freaked! The largest moth was the Giant Silk Moth. 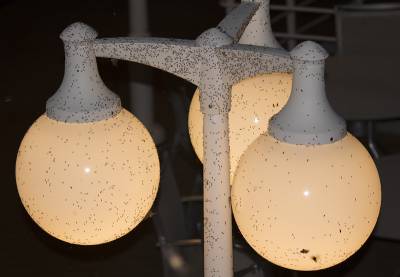 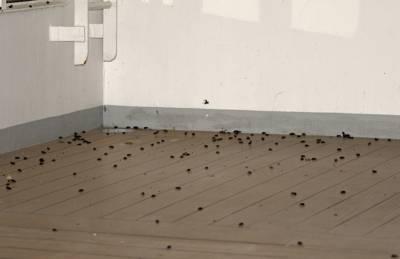 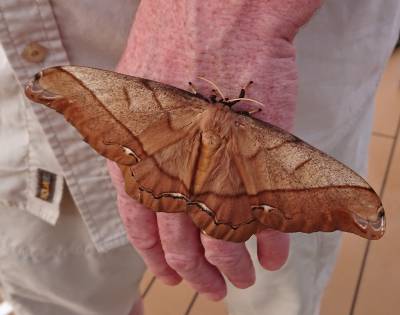 On the 6th we docked at Santarem, 800km upriver, this provided our first chance to encounter the wildlife closer to hand. We had made prior arrangements to join a local guide Giles Serique http://www.gilserique.com/ Giles is a oolourful and entertaining guide full of local stories and fascinating detail of his family history. He also gets you close to some of the areas amazing wildlife. It was a thoroughly enjoyable trip. Highly recommended. 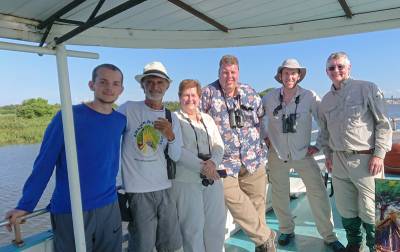 First stop was the local fish market. The locals tempt in the Botos with a few handouts of their favourite fish. There is no physical contact with the dolphins and nobody gets in the water with them. You get exceptional close views of these amazing river adapted cetaceans. You also realise how murky the Amazon is as you only see the dolphins surfacing in the top few centimetres of the water. They clearly have exquisite sonar. I could have watched the dolphins for hours but soon we boarded a small river boat and headed for a creek linked to one of the many lakes that flood the Amazon basin. 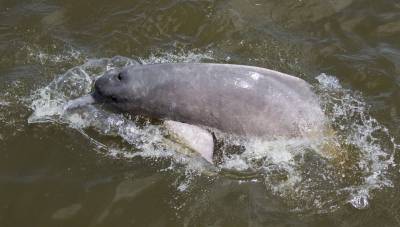 The city was left behind and we entered a tropical world of birds. Among those we photographed was a nice selection of raptors, including Roadside Hawk, Savannah Hawk, Black-collared Hawk and Yellow-headed Caracara, alongside the almost ubiquitous Osprey and various vulture sp. 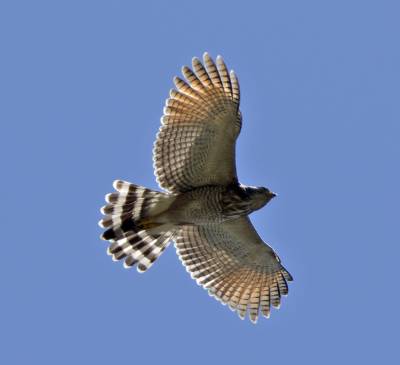 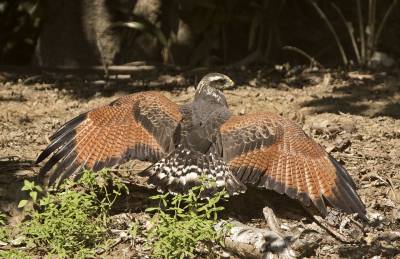 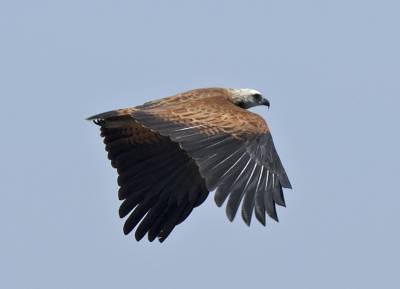 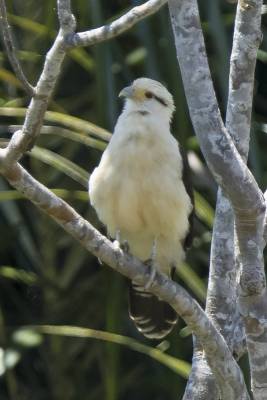 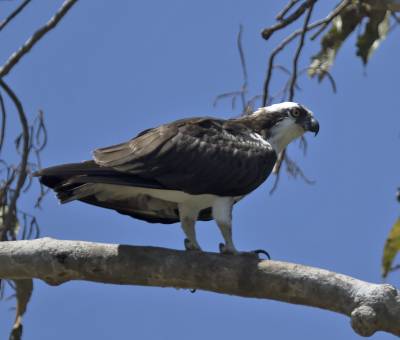 We transferred to smaller boats to get right in among the trees. Both Ringed and Amazon Kingfishers were observed a number of times alongside other, visually arresting, species such as Oriole Blackbird and Orange-backed Troupial. In a small marshy area, I got a fleeting glimpse of a crake in flight and fired off the camera instinctively. It proved to be Azure Crake, an unlikely sighting trumped by a most unexpected Sun Grebe. The majority of birds escaped my lens. Similarly, one recumbent mammal, a stationary 3-toed Sloth proved to be almost unphotographable due to its positioning. Ian glimpsed a distant Tapir at the forest edge across the lake but the rest of us missed out. 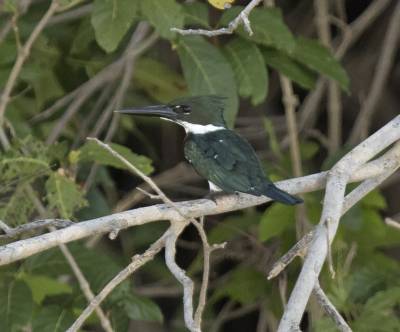 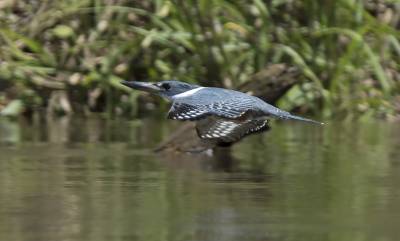 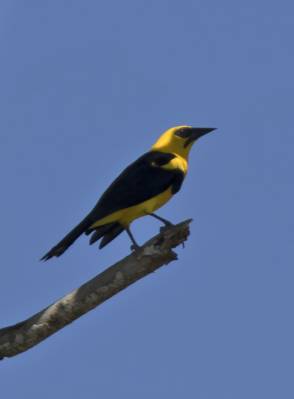 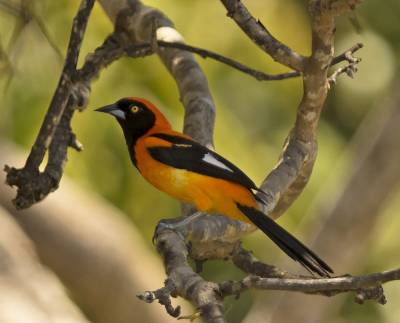 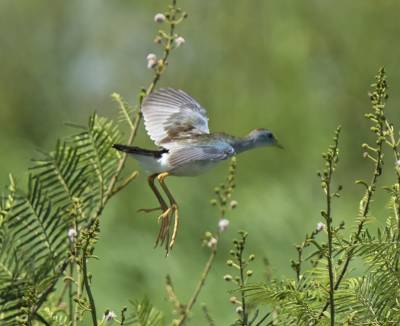 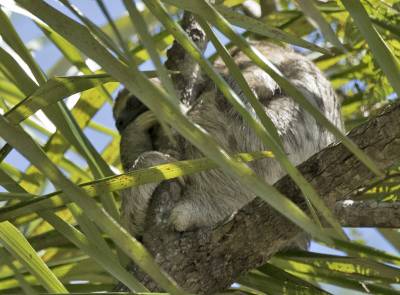 After a time we transferred across the confluence of the Tapajos and the Amazon to explore a creek through a mid-river island, on the way we passed a small pod of Tucuxi dolphins. The creek was full of egrets, Mostly Great (White) Egrets, but there were also numerous parakeets. Many were unidentifiable due to the speed of their flight, but I photographed one flock and they proved to be Tui Parakeets. 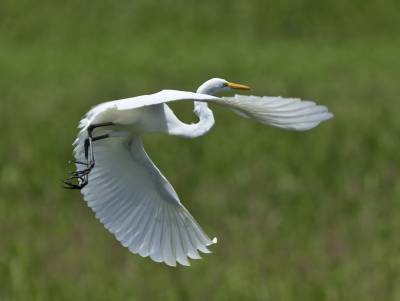 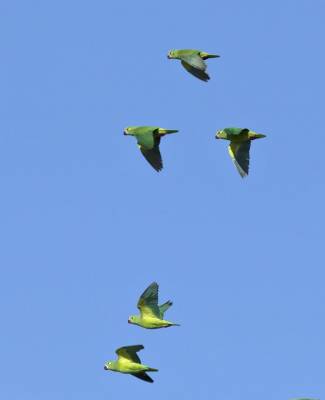 All too soon we had to head back to the ship. Our first real bite of Amazon wildlife had only whetted our appetite for more.

Grateful thanks to the following: Fred Olsen Cruise Lines and the Entertainment Team aboard M. V. Braemar; my Agents at Peel Talent, Giles Serique, Ian Appleton and many of the passengers aboard the M.V. Braemar.